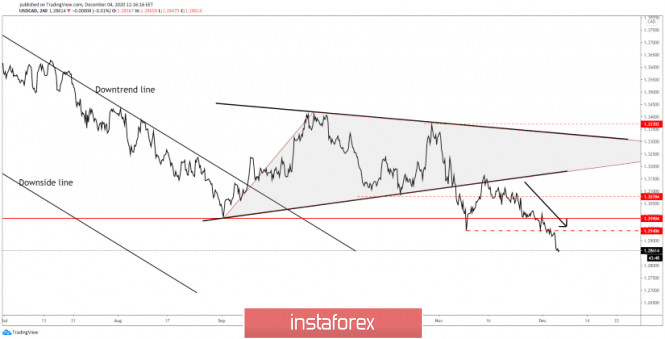 USD/CAD is trading at 1.2863 level and it could drop deeper to approach 1.28 psychological level. I’ve told you in a previous analysis that a drop under 1.2940 static support, a lower low, could announce a broader decline and could bring a selling opportunity.

The pair is located in the seller’s territory as long it stays somewhere under the 1.2940 – 1.2900 area. Technically, USD/CAD was expected to drop towards 1.2750, or lower towards 1.27 after escaping from the symmetrical triangle chart pattern.

USD/CAD has retested the 1.2940 level, support, signaling further drop. It could continue towards 1.28, 1.27 level in the upcoming period.