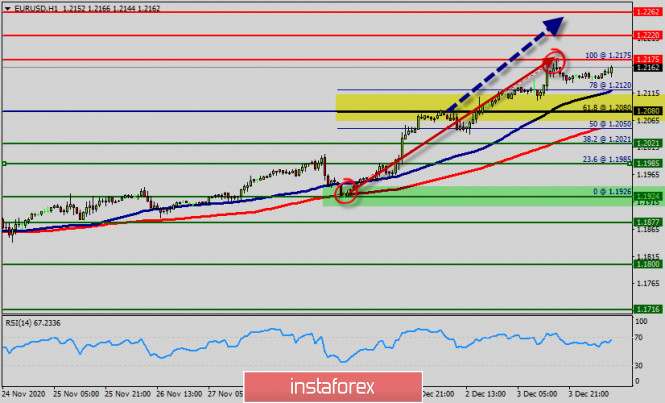 The EUR/USD pair broke resistance which turned to strong support at the level of 1.2080 yesterday.

The level of 1.2080 is expected to act as major support today. From this point, we expect the EUR/USD pair to continue moving in a bullish trend from the support levels of 1.2080 and 1.2100.

Currently, the price is moving in a bullish channel. This is confirmed by the RSI indicator signaling that we are still in the bullish trending market. Consequently, the first support is set at the level of 1.2080 (horizontal blue line).

The EUR/USD pair set above strong support at the level of 1.2080, which coincides with the 61.8% Fibonacci retracement level.

This support has been rejected for four times confirming uptrend veracity. Hence, major support is seen at the level of 1.2080 because the trend is still showing strength above it.

This is confirmed by the Moving Average (100) indicator signaling that we are still in the bullish trending market. Now, the pair is likely to begin an ascending movement to the point of 1.2100 and further to the level of 1.2175.

On the other hand, if the EUR/USD pair fails to break through the resistance level of 1.2175 today, the market will decline further to 1.2080. The pair is expected to drop lower towards at least 1.2080 with a view to test the daily pivot point. Also, it should be noted that the weekly pivot point will act as minor support today.