The Australian dollar managed to show yesterday another maximum of the last 3 months, which was caused by the growth of the Euro. But this “Australian” strengthened only the spring that is preparing to push down – the Marlin divergence has already become triple. The decline target is seen in the range of 0.7222 / 52, formed by the November 12 low and the Kruzenshtern line. 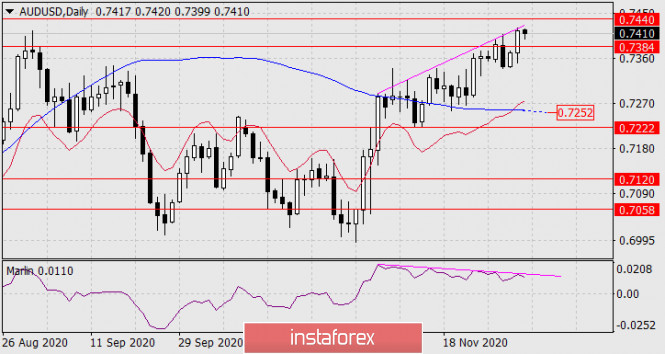 Based on the four-hour chart, the price is fixed above both the indicator lines – the balance line and the Kruzenshtern line, Marlin indicates growth. But here we see a repeat of the situation in recent weeks, when the price was freely wound on this indicator line in a relatively thin speculative market. 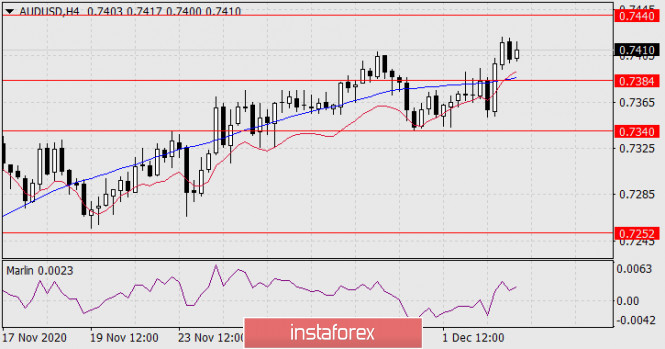 Fixing the price below 0.7384 could mean a start to overcome the level of 0.7340, which will already reveal the downward potential to the full. It is worth noting that the Australian dollar did not react to the excellent trade balance of Australia published this morning and the trade balance for October was 7.46 billion dollars against the forecast of 5.83 billion. Exports increased by 5.0%.