The yen continues to freely roam in the range of 104.05/77, and yesterday the price was marked at its upper limit. The price is currently developing under the red line of the price channel and under the MACD line on the daily chart, but the Marlin oscillator went up. In general, the downward mood dominates. We can only expect the pair to fall towards the target level of 103.18 when the price has fallen belows the 104.05 level. The price going above 104.77 may extend growth to the upper line of the price channel to the area of 105.85. 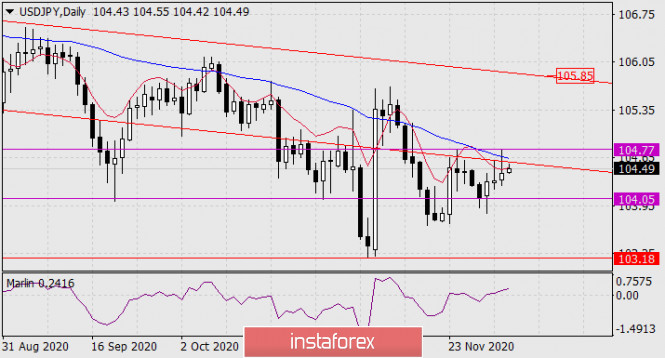 The four-hour chart shows that the price is above the balance and MACD indicator lines, but Marlin did not provide support for the price to rise to the upper border of the range, as it remains near the zero line. 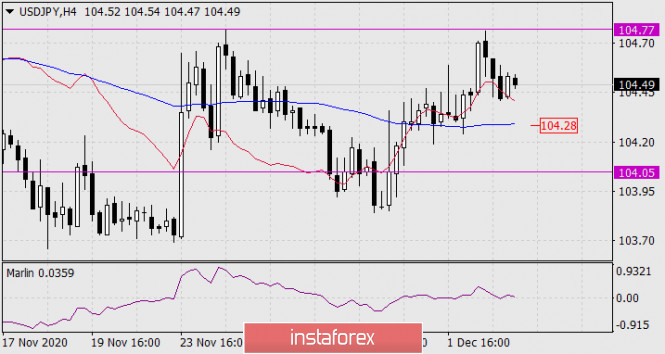 With a 70% probability, the price will break the MACD line at 104.28. Further downward movement, which is to overcome 104.05, will depend on the results of the Brexit negotiations.