USDJPY continues to trade inside the bearish channel we mentioned last time. Price today is breaking below 104 and trading now at 103.80. Our next target as we mentioned in our previous analysis is at 103 and lower. 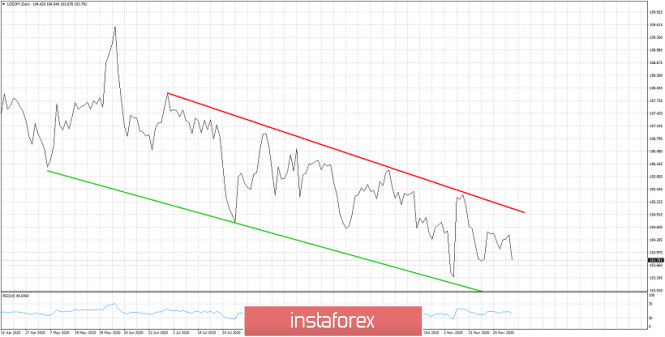 Bulls were unable to continue higher towards the red resistance trend line at 105. Price remains vulnerable to a move lower and so do we remain bearish as price is making lower lows and lower highs. Staying below 105 is key for the bearish trend in my opinion. I would turn neutral if price were to break above it. A sharp decline towards 103-102.50 would also make me turn neutral and take profits. We remain bearish since the rejection at 106 back in October as we explained in our analysis at that time.