Investors are making solid profit amid high volatility amid a string of news on the COVID-19 vaccine and Brexit.

In the first half of the day, traders witnessed the overall upward trend in the market, Later, they cheered the news that the UK became the first Western country to approve Pfizer and BioNTech. COVID-19 vaccine.

However, despite the bullish nature of this news, market sentiment remained unchanged. Why did it happen?

Investors do not rush to open long deals as they are evaluating the situation. Besides, mass vaccination may probably start only next year.

Yet, it is still a mystery why the market did not react to the news. Perhaps they focus their attention on the overbought pound sterling or wait for the release of another news.

So, it seems that the vaccine news was overshadowed by the one on Brexit, The EU chief negotiator, Michel Barnier, said that there was no guarantee of a deal yet. The parties cannot reach an agreement on such key issues as equal conditions for doing business, access to British fishing waters and ways of ensuring compliance with the general agreement.

The deadline is approaching. The negotiations should have been completed. Barnier’s pessimistic statements also raised concerns. Now it becomes clear why the pound sterling has declined in less than an hour by 0.7% – 100 pips.

“We haven’t seen a move like that in the pound-dollar pair thus far, with the market ignoring most negative comments in recent weeks,” Jordan Rochester, a currency strategist at Nomura International Plc. said. The market has been flat for almost a week, ignoring the news flow on Brexit but it could not last forever. The Brexit deadline is just around the corner and speculators are taking advantage of it.

As for technical analysis, the pair attempted to break the side channel at 1.3300/1.3400 with upward potential. However, the pair seems to have resumed its previous movement and a V-shaped formation has been formed.

Looking at the trading chart (intraday period), it can be seen that the pair is at the peak of the upward move from mid-September, where almost the entire downward movement of 1.3485 – – – > 1.2675 has already been factored in. 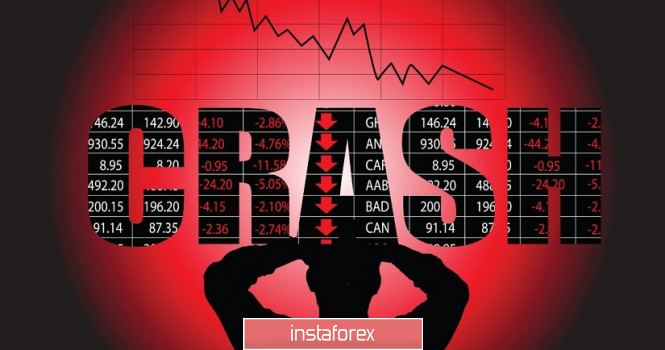 Today, the US jobs report was unveiled. The US economy added 307,000 jobs, while economists expected an increase of 410,000. Traders ignored statistics and the GBP/USD pair continued to decline due to negative news on the Brexit negotiations.

Analyzing the current trading chart, a downward movement can be seen. The pair is trying to break the 1.3300 level. The current trend prevails until there is more clarity on the ongoing negotiations in London.

Currently, traders are pricing in Barnier’s statement. Should more news on Brexit appear, the situation may change drastically.

Traders who have opened short positions should wait before opening the new ones. The pair reached the support level at 1.3300.

If it falls below 1.3300, it is recommended to open short positions.

If it decreases lower than 1.3290 on the H4 chart, the pair may well resume the downward movement. If this scenario comes true, it is recommended to carefully monitor the information regarding Brexit, since any positive/negative news will affect its further movements. 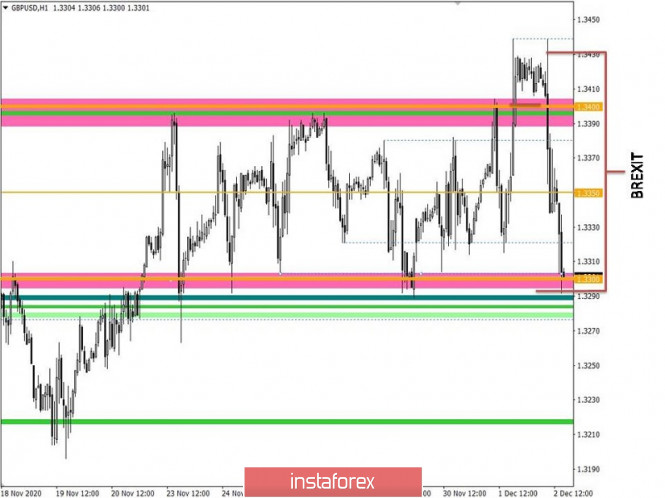 Analyzing different timeframes (TF), it is clear that the indicators of technical instruments on M and H charts are signaling the downward movement. The daily period is on the contrary indicating the upward movement. 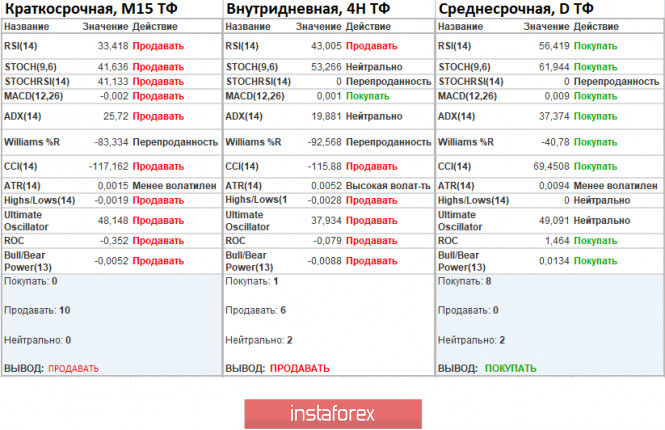 The pair gained 147 pips which was 24% higher than the average level. 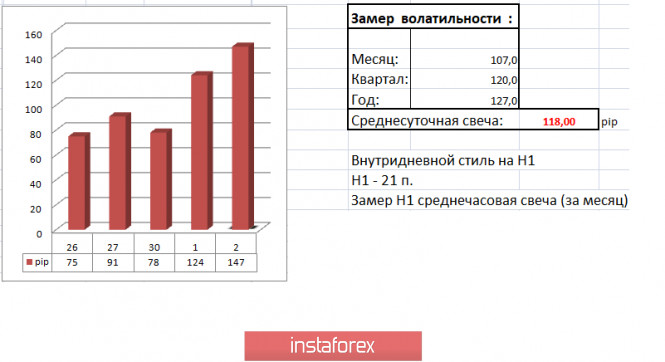