The EUR/USD pair has updated this year’s high once again, approaching the borders of the 1.21 level. And although the upward impulse faded during the Asian session, traders are still bullish. The pair was last seen at these price heights in early 2018, when the multi-year high of 1.2555 was reached. After that, the buyers of EUR/USD began to gradually lose their positions – at least, they have not returned to such highs since then. However, the current fundamental background allows traders to show revengeful intentions.

From September to November, the indicated pair fluctuated in a wide range of 1.1620-1.1850, alternately starting from the limits of this range. However, it swung to the level of 1.19 last month, and now, the price was seen getting near the level of 120. The buyers of the pair took advantage of the weakness of the US currency, the general market interest in risky assets and the silence of the ECB. All these factors combined allowed EUR/USD bulls not only to break through the psychological important price level of 1.2000, but also hold its position here, which indicates the growth of the upward trend. However, the higher the EUR/USD pair climbs, the higher the risk of developing motion sickness, which has become the reason why the Euro weakened more than once. 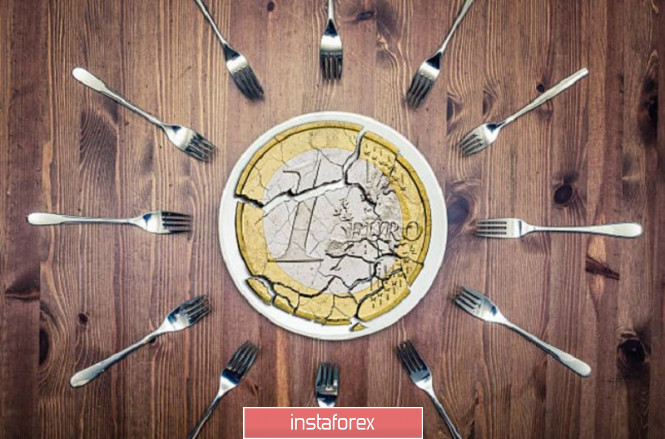 The European Central Bank does not actually need an overvalued euro. Amid yesterday’s release on the growth of European inflation, the current surge in the EUR/USD pair looks more like mocking the ECB members, who blame the overvalued exchange rate of the euro in regards to the slowing inflation processes. Therefore, the European regulator will probably follow the corresponding reaction in the near future, as it already did in early September.

The general consumer price index in November remained at the level of October, that is, at the level of -0.3%. The indicator is in the negative area for four consecutive months and, judging by the ECB forecasts, it will stay below zero for several more months. The core CPI index was also at the October level, that is, at around 0.2%.

There are many reasons for this weak inflationary dynamics. In particular, almost all EU countries, especially Germany, Italy, Spain, France significantly tightened quarantine restrictions up to a complete lockdown in November. Therefore, economic activity has slowed down, while in contrast, the unemployment rate has increased. As soon as the first reports of repeated lockdowns appeared in the press, European’s consumer activity noticeably declined.

However, the EUR/USD pair only formally reacted to yesterday’s release, which was immediately followed by the resumption of growth. All this suggests that the upward trend of the main currency pair is primarily due to the weakness of the US currency, while the euro’s interest is just a secondary factor.

It is worth recalling here that as soon as the pair reached the level of 1.20 in September, the European Central Bank immediately became worried. In particular, ECB’s Chief Economist, Philip Lane, said that the current euro rate is unacceptable for the Central Bank. Such rhetoric alarmed traders: rumors spread throughout the market that the regulator would conduct a currency intervention to devalue the single currency. As a result, the pair dropped to the level of 1.17 and 1.16 respectively.

There is no doubt that the ECB will react to the euro’s growth in the same way this time. For this to happen, the ECB members will need to directly scare the market with currency intervention. Otherwise, the negative reaction of traders will be short-term. And while the Euro zone has a positive trade balance, and the dollar index is updating two and a half year lows, it will be quite difficult to stop the upward trend of the EUR/USD pair. At the same time, it should be noted that there is nothing can be done about the downward pullback in prices, since the overvalued euro exchange rate will be criticized so much by the ECB amid weak inflation. 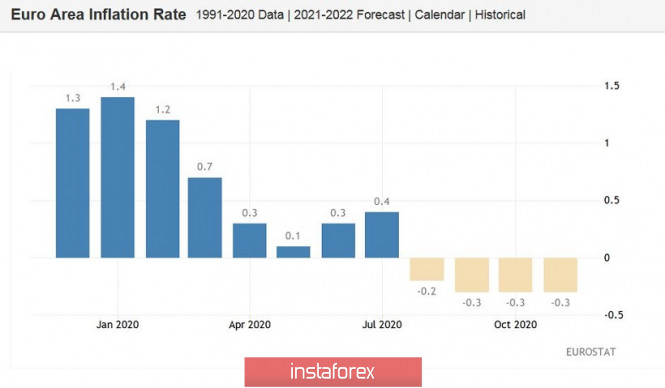 However, even if this threat is ignored, it should be noted that as a rule, a correction follows after such impulse growth. The “dovish” rhetoric of the ECB members will only strengthen the correctional movement, which is up to the level of 1.2005 (Tenkan-sen line in the four-hour time frame). If the bears manage to move below this target, then the upward scenario will lose its relevance in the medium term. Alternatively, if buyers keep the level of 1.20, then they will provoke another wave of longs.

Therefore, it is currently advisable to take a wait-and-see attitude on the pair. Firstly, the upward impulse has already faded and secondly, it is necessary to assess the depth of the corrective pullback. If the pair does not go below the level of 1.2000 in the next day, long positions can be considered, at least to the updated high of 1.2088. In this situation, the level of 1.20 acts as a kind of point in regards to the prospects for the upward trend in the medium term.