In a previous analysis we noted the upside potential in EURJPY as price had formed a bullish inverted head and shoulders pattern. Yesterday the resistance neck line was broken upwards and the pattern was enabled. Our first target is at 127.70. 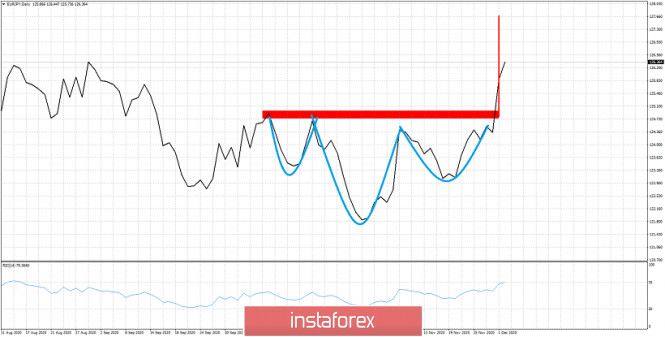 EURJPY is now trading at 126.35. Our bullish signal was given once price broke above 124.50 as we mentioned in our previous analysis. Recapturing and staying above 125 was the confirmation. Bulls are in control of short-term trend and we expect this upside move to continue towards our initial target. Support is now where once resistance was. At 125-124.50 we find key support.