GBP/USD is trading close to 1.33, far off the highs of 1.3440 after the EU’s Brexit deal hangs in the balance. Earlier, the currency pair jumped as the UK approved a coronavirus vaccine. 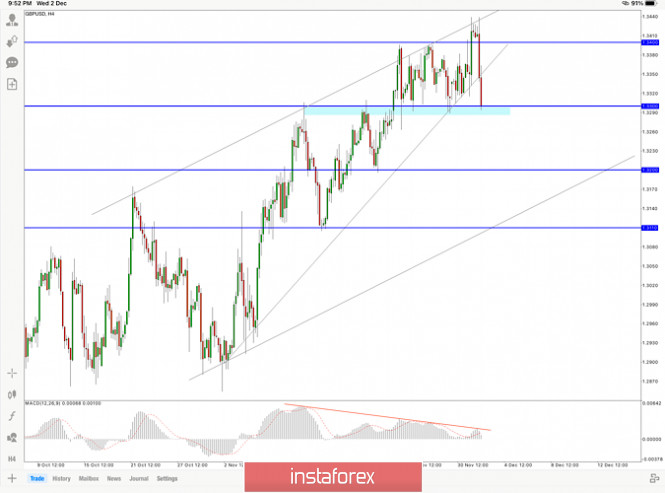 GBP/USD exchange rate jumped to 1.3430. During Wednesday morning hours, the rate reversed south. In light of the recent price action, Cable is expected to face an important resistance in the 1.3500/1.3515.

However, bearish MACD divergence suggests that the exchange rates rally from the September low could be running out strength. The MACD histogram’s notable decline in recent days also hints a fading bullish momentum.

GBP/USD is consolidating between 1.340-1.330. If a clear breakout below 1.330 round figure mark is seen, the trend reversal from MACD bearish divergence is confirmed. This would probably ignite an impulsive downside push back to the south.

That being said, prices look set to challenge the yearly high round figure mark (1.350) if psychological support remain intact.

Alternatively, sliding back below the critical barrier (1.330) could trigger a correction back towards confluent support at the March high (1.3200) and uptrend extending from the May low (1.3110)