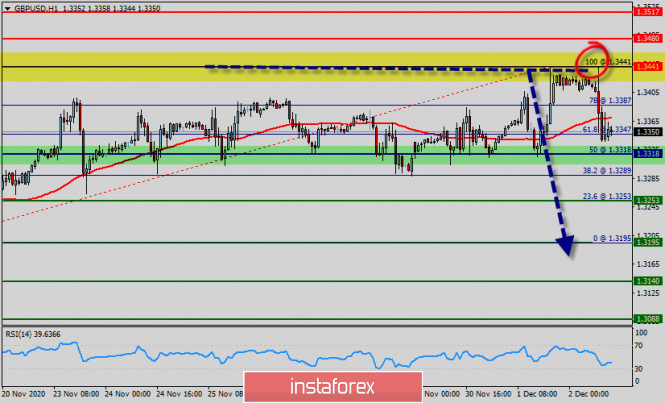 This resistance (1.3441) has been rejected two times confirming the veracity of a downtrend.

The pair is trading below its double top (1.3441). It is likely to trade in a lower range as long as it remains below the double top. Short positions are recommended with the first target at 1.3318. A break of that target will move the pair further downwards to 1.3253 (S2).

Also, it should be noted that a daily pivot point has already set at the level of 1.3318. Equally important, the GBP/USD pair is still moving around the key level at 1.3318, which represents a daily pivot in the H1 time frame at the moment.

In consequence, the GBP/USD pair broke support , which turned minor resistance at the level of 1.3387. The level of 1.3441 is expected to act as major support today.

From this point, we expect the GBP/USD pair to continue moving in the bearish trend from the resistance level of GBP/USD towards the target level of 1.3318.

Notwithstanding, if a breakout happens at the support level of 1.3441, then this scenario may be invalidated. However, the stop loss should always be taken into account, for that it will be reasonable to set your stop loss at the price of 1.3480.