On Monday, US stock indices reported a slight decline, but at the same time recorded the highest monthly growth since April this year. They showed a slight correction after a clear upward trend in the previous week. 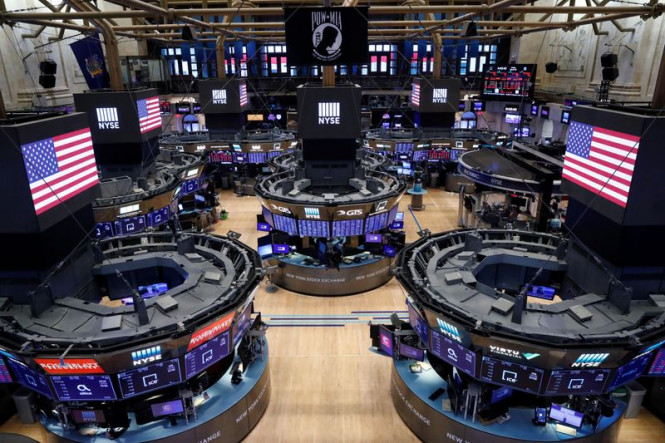 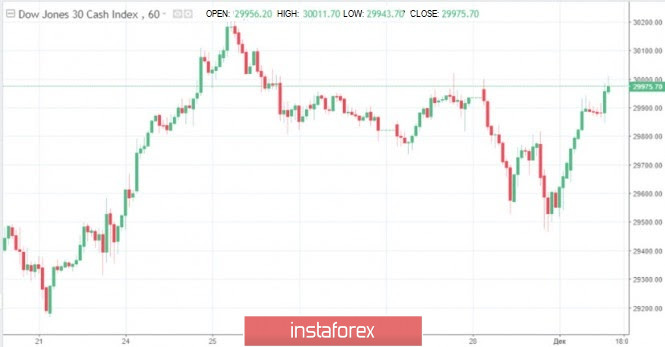 The main reason for this is the improved investor sentiment amid positive news on COVID-19 vaccines. Pharmaceutical giants Pfizer, Moderna and AstraZeneca have reported successful trials of their drugs, after it showed high performance.

On Monday, Moderna shared the results of their final test, which says their COVID-19 vaccine was 94.1% effective on initial analysis, and 100% effective in severe cases of coronavirus. The company said it will send a request to the U.S. Food and Drug Administration and the European Medicines Agency for approval to use the drug it developed.

A meeting of the FDA committee to evaluate the safety and effectiveness of the vaccine is tentatively scheduled for December 17. Representatives of Moderna expect to be able to expand vaccinations throughout the United States shortly after receiving an emergency use authorization. Against this news, stocks of Moderna increased by 20.24% yesterday.

The development of effective drugs inspires hope that the economic turmoil caused by the coronavirus pandemic will gradually begin to fade away in 2021. But aside from that, investor optimism has fueled a decrease in political tensions following the US presidential election. Just recently, incumbent US President, Donald Trump, said he was ready to leave the White House if the Electoral College declares his defeat.

Experts say that the reaction of many market participants to the coronavirus vaccine was too hasty and emotional. In their opinion, investors should not forget that many details and characteristics of the drug require careful study, and its implementation will take some time.

In addition, the increase of COVID-19 incidence in the US remains frightening, and after celebrating Thanksgiving and related trips around the country, many specialists predict the worsening of epidemiological situation in many states. They also project increased incidence in the Christmas season, when contacts between relatives and friends traditionally increases significantly.

Anyhow, the following are what happened to the stocks of many American companies:

The shares of the largest American car manufacturer, General Motors, also lost 2.71%. The company plans to supply fuel cells to Nikola, but will not receive a stake in the startup under a new partnership agreement. In press releases from both companies, it is reported that Nikola will abandon plans for a Nikola Badger pickup truck, which were part of a previous agreement with General Motors presented in September this year.