As a new month started, the yellow metal’s price ended its decline in the borders of a channel down pattern 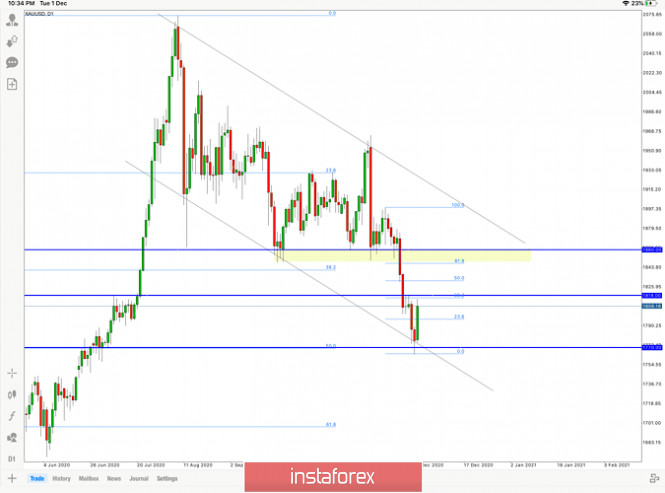 Gold prices rebounded from a 5-month low due to weakening US Dollar. As a perceived hedge against fiat money and a store of value, gold prices are particularly sensitive to the US Dollar as well as stimulus prospects. Since Pfizer first announced its vaccine breakthrough on November 9th, gold prices have fallen more than 8%.

Technically, gold prices broke a key support level of $1,800 last week and this opened the door for a further decline with an eye on $1,750 support. The overall trend appears biased toward the downside, as suggested by consecutive lower highs and lower lows

The bulls will then challenge the $1,818 cap, the intersection of the Fibonacci 38.2% retracement of bearish move from 17 November to 30 October.

On the flip side, strong resistance awaits at 1811 barrier will guard the further upside. To the upside, any retracement back toward the $1,850-1,860 level could see additional selling opportunities for investors.