The euro settled below the MACD indicator line on the daily chart for the last two days. A pronounced consolidation provides more prerequisites for overcoming the resistance of the MACD line (1.1902), which will help the euro reach the upper border of the downward price channel on a weekly scale (1.1936) and even to its breakout with the subsequent target at 1.2010. And from a fundamental point of view, this scenario is reinforced by the next postponement of the Brexit deadline to December 10, which is when the Brexit deal is expected to be adopted at the EU summit. The agreement itself may be ready by November 30th. 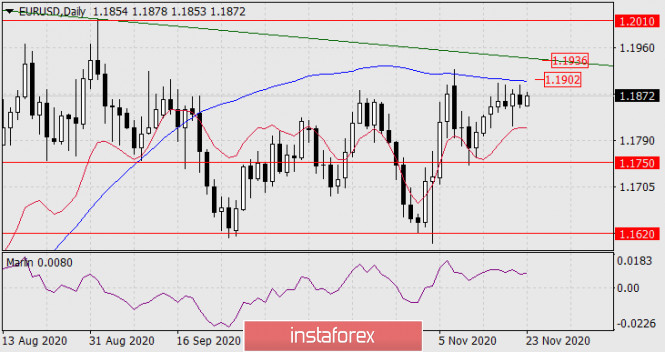 The Marlin oscillator does not provide hints on the daily scale, it moves horizontally.

The four-hour chart shows that Marlin is turning upward from the border of the bears’ territory, the price is developing above the balance and MACD lines, which ultimately increases the likelihood of rising further to about 60%. 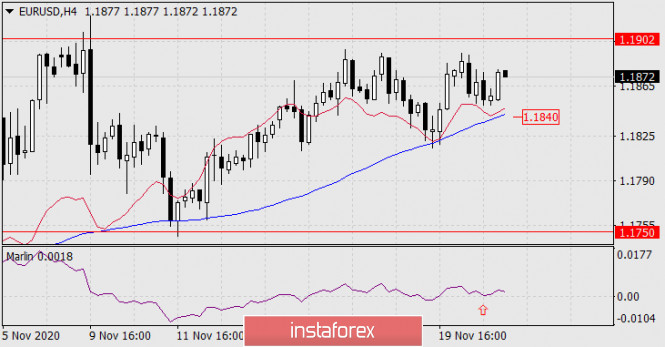 The growing market sentiment may be shaken when the price settles below the MACD line at the four-hour chart, below 1.1840 to be more specific. The 1.1750 target level will become relevant again. We are waiting for the development of events.