This morning, investors were optimistic about the postponement of the next Brexit deadline to December 10 – the EU summit. According to rumors and expectations, the final agreement may be ready by November 30th. The current target for the pound’s growth is the 1.3350/80 range. Getting the pair to settle above it may cause the pound to rise to the September 1 high at 1.3480. This scenario has a small pitfall – the impending divergence with the Marlin oscillator. As a result, this could cause the price to settle under the MACD line of 1.3190, and if it coincides with a failure in the final deal, which has a high likelihood, this will open the way to a medium-term decline. 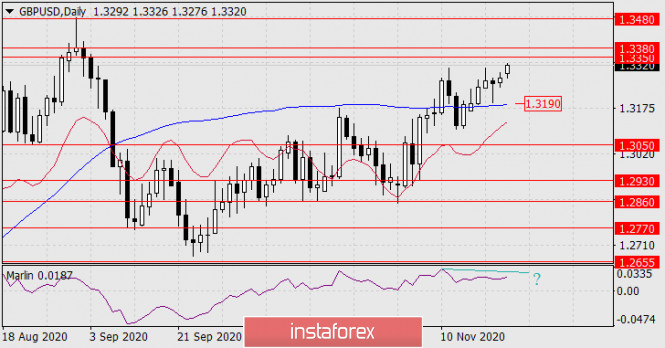 The trend is completely upward on the four-hour chart. The nearest support is 1.3260 along the MACD line. We are waiting for the pound to rise in the range of 1.3350/80, as well as further news on the negotiations between the UK and the EU. 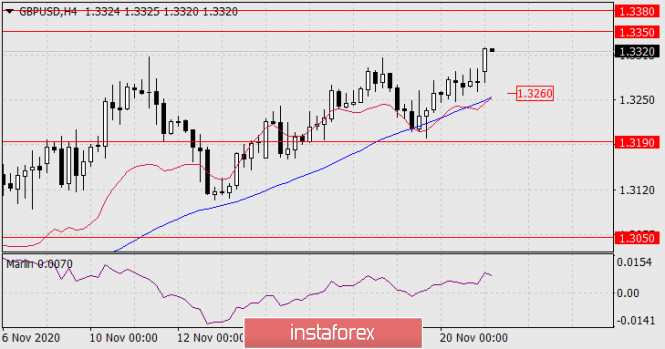