The Japanese yen has formed a slight consolidation below the technical lows of October 29 and September 21 at 104.05 and is preparing to continue moving towards the November 6 low, towards the nearest target of 103.18. Getting the pair to settle below the level will open the way to 102.35. 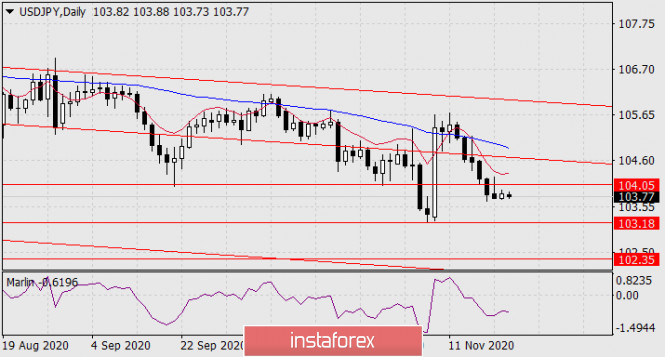 The four-hour chart shows that the signal line of the Marlin oscillator has reached the border of the growth territory and is ready to turn down from it with renewed vigor. We are waiting for the price to fall to the first target of 103.18. 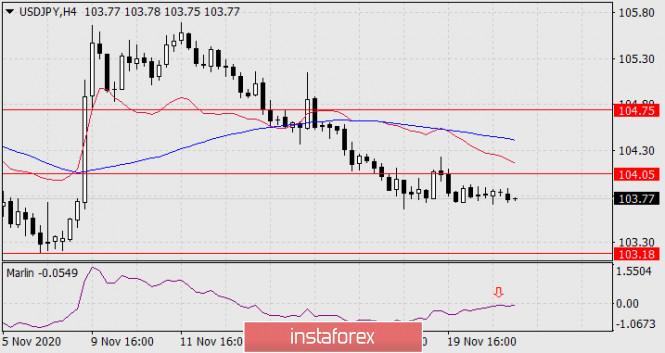