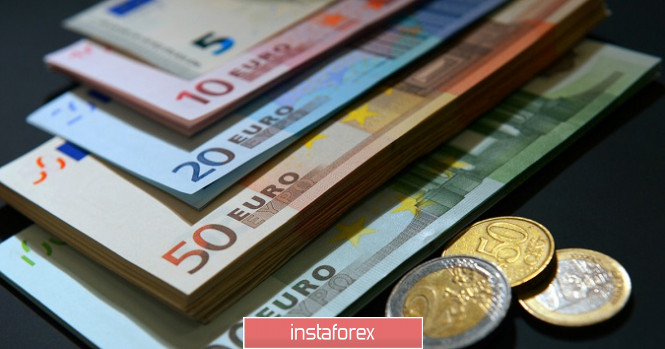 The euro continues to trade upward in the market, so as a result, a pin bar was formed in the EUR/USD chart.

What exactly happened is that small players created “provocations” in an attempt to disembark large players from the trend. In particular, they made a false breakout, enabling the quotes to close higher. However, they left the tops untouched.

Such an action, on the one hand, is a provocation of the bulls, but on the other hand, it is a good signal for long positions, because even if the quotes rose sharply yesterday, the sellers’ stops were not touched.

Taking this into account, resuming the climb is still profitable, and this can be done by following the idea below:

Since the quotes form a three-wave pattern (ABC) wherein wave “A” is the bullish impulse yesterday, the best action is to take long positions from a pullback, towards 50% Fibonacci.

This plan is relevant until the quotes update yesterday’s low (1.8200).

The risk/profit ratio for these transactions is 1.5:1.

Price Action and Stop Hunting methods were used for this strategy.