The dollar lost a number of positions yesterday amid growing jobless claims in the United States. To add to that, the US Treasury Secretary said he is abandoning a number of lending programs, which put more pressure to the US currency.

Meanwhile, Brexit negotiations are paused due to one participant contracting COVID-19. Such news did not exert any pressure on the British pound though, which raises many questions, since there is practically no time left to find a compromise. 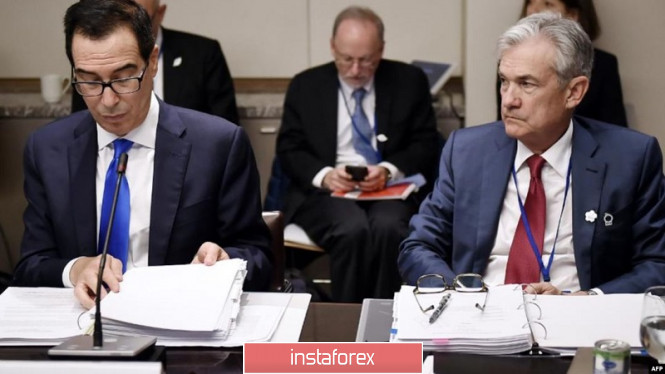 Yesterday, Secretary of the Treasury, Steven Mnuchin said he is abandoning a number of lending programs that were applied during the first wave of the pandemic. These are several credit lines of the Fed, scheduled to expire later this year. Mnuchin said these programs no longer need to be extended, as in his opinion, the markets for corporate loans and municipal borrowing can already function independently. Banks already have reserves and opportunities to provide their own loans to corporate, municipal and non-profit clients.

In his letter to the Federal Reserve, Mnuchin said the above programs have already fulfilled their tasks, which led to sharp criticism from Jerome Powell. The head of the Fed made it clear that he is disappointed with this decision, as he would prefer to keep the entire set of emergency lines open during the coronavirus pandemic in the future. Powell claims the rejection of a number of programs could put additional pressure on the already struggling economy.

These different views did not put serious pressure on the US dollar though, but led to a partial decline against the euro and pound. Thus, for the EUR/USD pair, everything will depend on whether the bulls manage to break above the monthly high of 1.1915. Only a break above this range will increase demand for risky assets, which will make it easier for the quotes to reach 1.1970 and 1.2020. Meanwhile, if the euro consolidates below 1.1820, the EUR/USD pair will collapse to 1.1760, and then to the base of the 17th figure.

With regards to the COVID-19 situation in the United States, Vice President Mike Pence announced yesterday that the government is ready to immediately distribute the vaccine as soon as it is ready. Pence noted that the US has never been so ready to fight the virus, and the administration is against economic lockdowns and school closings.

Over the past day, as reported by Johns Hopkins University, over 170,000 Americans have been infected with coronavirus. This figure is almost equal to the peak recorded last Friday. Various states are already independently taking measures to contain the pandemic. For example, New York Mayor, Bill de Blasio, said that from today, all schools in the city will be closed at least until the end of November. Various social distancing measures have also been announced in Kentucky, Wisconsin and Illinois, from expanding the list of mandatory wearing masks to closing bars and restaurants. Many states have restrictions on personal communication.

As for economic data, the US Department of Labor published a report yesterday, which revealed that jobless claims in the US have increased. This indicates that the situation is turning in a negative direction due to the second outbreak of coronavirus. The data said initial applications for the week of November 8-14 rose to 742,000, from 711,000 a week earlier. Economists had expected the number to be 710,000.

The composite index of leading indicators, which tracks economic cycles in the United States, also continued to rise in October, reaching a value of 108.2 points. It increased by 0.7% compared to September, and fully coincided with the forecasts of economists

Sales in the US secondary housing market also increased, especially given the level of interest rates and how widely available lending is due to a number of emergency programs. According to the National Association of Realtors, sales in October increased by 4.3% compared to September, and amounted to 6.85 million homes per year. Compared to the same period last year, sales grew by 26.6%. Economists had expected a decline of about 1.2%. As for the median home price in October, the amount jumped 15.5% to $ 313,000.

Brexit negotiations were paused as one participant was reported to have contracted COVID-19. Supposedly, the meeting was the finale of the talks, however, it wasn’t able to produce any progress, thereby leaving the issue of the trade agreement remained in limbo. Surprisingly, the pound did not react to this news, which indicates positive expectations from market participants. It is unclear yet whether negotiations will resume next week. Until a test is made to all participants in the meeting and reliable results are obtained that no one else has become infected with COVID-19, it will hardly be possible to talk about the continuation of negotiations.

The lack of market reaction is further evidence of the fact that everyone is determined to reach a compromise and sign an agreement at the last minute. However, if an agreement was not signed, the British pound could plummet. A recent study said a Brexit without deal would lead to a major collapse in the market, as such would deal a significant blow both to the UK and EU economy.