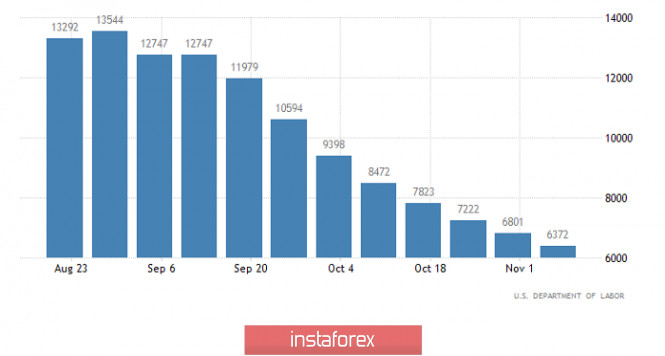 But if yesterday the pound eventually remained in the same positions from which it started, then today it might just give up. The growth rate of retail sales in the UK should slow from 4.7% to 4.0%. The slowdown in growth rates is quite significant, and much more than the recent rise in inflation. As a result, if these forecasts are confirmed, it means that the companies’ revenues are decreasing. So the pound has no reason to be optimistic. Moreover, negotiations on Brexit have arrived at nowhere. London and Brussels are still marking time. Another thing is that the activity on the market has been extremely low lately, so the scale of the pound’s weakening will be rather symbolic. 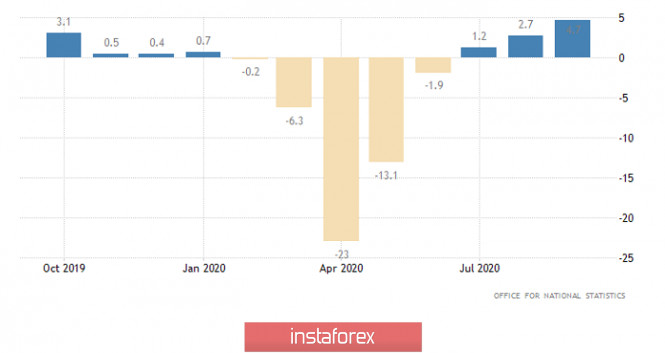 The GBPUSD pair reached the 1.3200 level during the correction course, where it slowed down and turned the quote towards the main level of 1.3300. In fact, a recovery process was obtained relative to the correction, about 75%.

If we proceed from the quote’s current location, we can see that about 20 points are left to the resistance level, thereby the volume of long positions may decrease.

With regard to volatility, there is still a slowdown process in the period of five trading days.

Looking at the trading chart in general terms, the daily period, you can see that the corrective and recovery course is part of the upward movement from September 24.

We can assume that the natural basis associated with the 1.3300 level can still benefit sellers in the event of a rebound. At the same time, it is worth considering keeping the upward move in case the price settles higher than 1.3320 in a four-hour period.

From the point of view of a complex indicator analysis, we see that the indicators of technical instruments unanimously signal a “buy” since the price returned to the area of the resistance level. 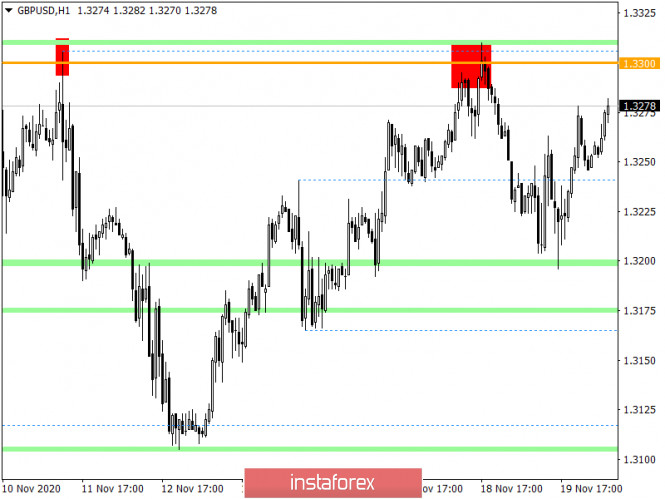