Yesterday, the euro showed increased dynamics on average trading volumes, the range was 68 points. The support was provided by the balance and MACD indicator lines on the four-hour chart. The Marlin oscillator did not manage to gain a foothold in the bears’ territory and went back to the growth area. We have a rising trend on the four-hour chart. The nearest target 1.1903 is the MACD line on the daily chart. 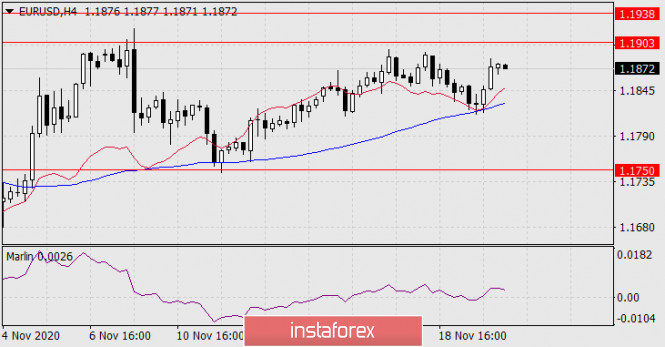 The daily chart shows that the situation also tends to rise, but the resistance of the MACD line looks strong, the price has pulled back from it twice in the last three days. 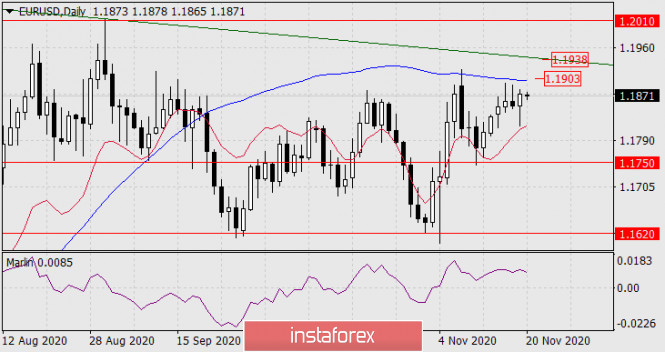 If the euro gathers strength, it is possible to overcome the 1.1903 level and even reach the border of the price channel at 1.1938, but further growth is possible only with strong fundamental factors. In this case, the target is the 1.2010/40 range.

In general, the euro confirmed that it is not going to leave the wide free roaming zone of 1.1750-1.1930. We are waiting for the development of events.