The last week of Brexit negotiations is drawing to a close. Zero progress in the last month. Theoretically, negotiations can be extended for another week, but since there is still no progress, it is unlikely that there will be one in a month. Obviously, the UK is preparing for a hard Brexit, and they are dragging out the process in an attempt to avoid panic. As we said earlier, the UK feels more relaxed with Joe Biden’s victory, since under his rule, it can conclude a plan for large-scale cooperation with the United States. Therefore, the British government has a reason to delay its negotiations with the EU. 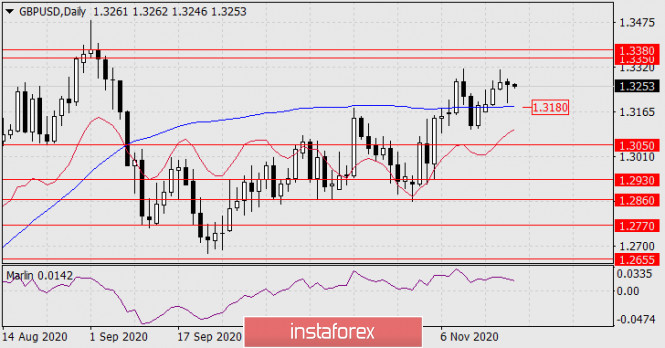 Yesterday the pound sterling fell by 70 points, but was thrown back by foreign markets as it approached the daily MACD line, and so it closed the day by losing 8 points. The Marlin oscillator line is held in the downward direction. With equal probability, the price can once again fall to the MACD line (1.3180) and rise to the 1.3350/80 range. The MACD line moves horizontally, which indicates the neutrality of the current state of the market. 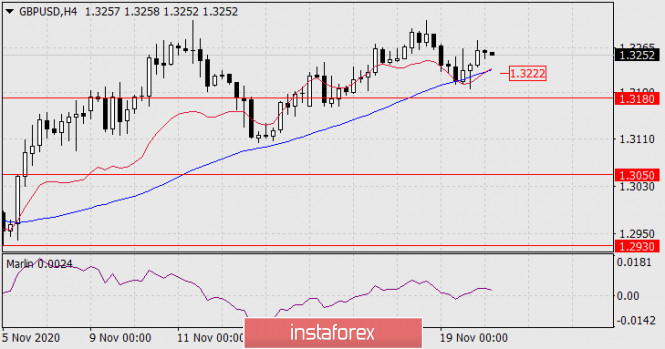 The four-hour chart shows that yesterday, the price was unable to gain a foothold below the indicator lines, and then it turned to the upside from them. The Marlin oscillator has returned to the growth zone. The trend on both scales is considered upward but weak.

So, getting the price to settle below 1.3180 will direct it towards the first bearish target at 1.3050, this is the main scenario. The fallback suggests growth to the 1.3350/80 range, but again with a subsequent downward reversal.

EURJPY continues the run higher and back above 100 day MA