The Japanese yen continues to strengthen against the dollar, but is slowing down. Yesterday, the dollar attempted to break above the technical resistance at 104.05, which was not allowed to develop, but today the yen is weakening again in the Asian session. The daily chart shows that the signal line of the Marlin oscillator is turning to the upside, which creates another opportunity for an attack at 104.05, especially on the last day of the week, when buyers of the yen can close positions. 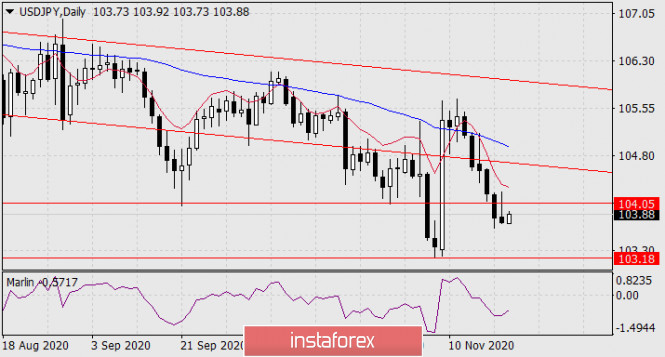 The four-hour chart shows that the price is settling below the 104.05 level. The Marlin oscillator is growing, which is creating a hitch in the USD/JPY pair’s decline to the target level of 103.18. Perhaps this decline will extend until next week. 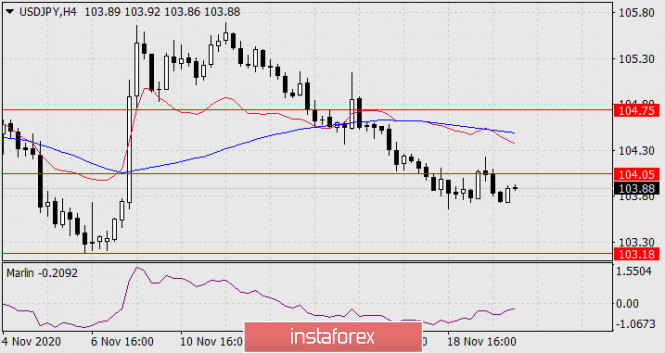