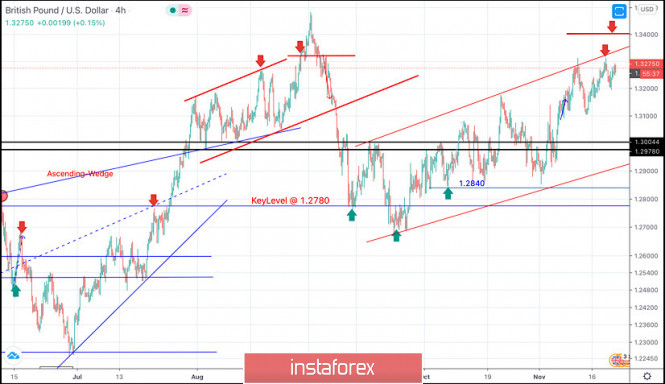 In July, the GBP/USD pair has expressed an Ascending Flag Pattern above the price level of 1.2780.

Shortly after, bullish persistence above the price zone of 1.3300 was achieved. This was supposed to allow bullish pullback to pursue towards 1.3400 as a final projection target for the suggested pattern.

Upon the current bullish pullback, price action should be watched around the price levels of (1.3270-1.3290) for signs of bearish pressure as a valid SELL Entry can be offered.