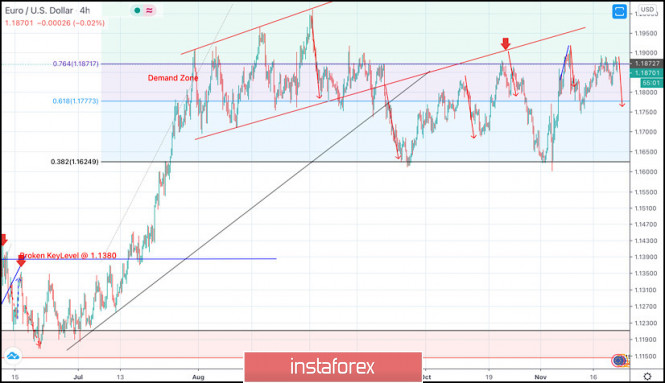 However, the EURUSD pair has failed to maintain sufficient bearish momentum below 1.1625 (38% Fibonacci Level). Instead, another bullish breakout was being demonstrated towards 1.1870 which corresponded to 76% Fibonacci Level.

The curren bullish pullback towards the price zone of 1.1870-1.1900 is supposed to be considered for signs of bearish rejection and another valid SELL Entry. S/L should be placed just above 1.1950.

Otherwise, another bullish pullback towards 1.1870-1.1900 should be considered for another valid SELL Entry.

Overview of the GBP/USD pair. November 27. Optimism about the trade agreement began to leave the market. Michel Barnier threatens