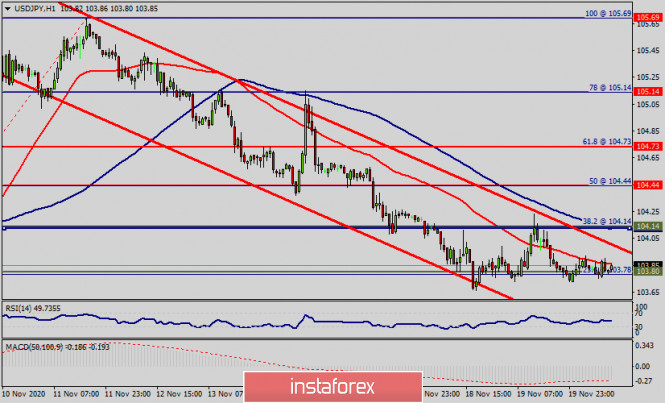 Yesterday, the USD/JPY pair reached a new minimum at the price of 103.80. So, today the price may reach one more minimum around the spot of 103.80, which coincides with the double bottom On the H1 chart. The USD/JPY pair dropped perfectly, remain bearish for a further drop. We expect to see a strong reaction off this level to push price down towards 104.14 before 103.80 support (Fibonacci retracement, horizontal swing low support). Today, the USD/JPY pair is challenging the psychological resistance at 104.14. Hence, the resistance is seen at the level of 104.14 at the same time frame. We expect the USD/JPY pair to continues moving in a downtrend below the level of 104.14 towards the first target at 103.19, while major resistance is found at 104.14 (38.2% Fibonacci). On the downside, a clear break at the level of 103.19 could trigger further bearish pressure testing 102.65, which represents the major support today. 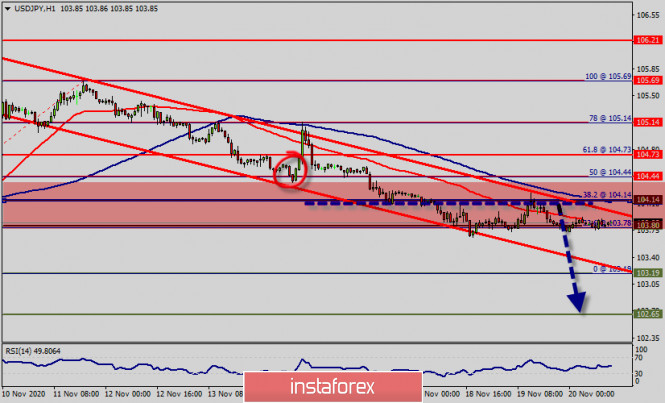