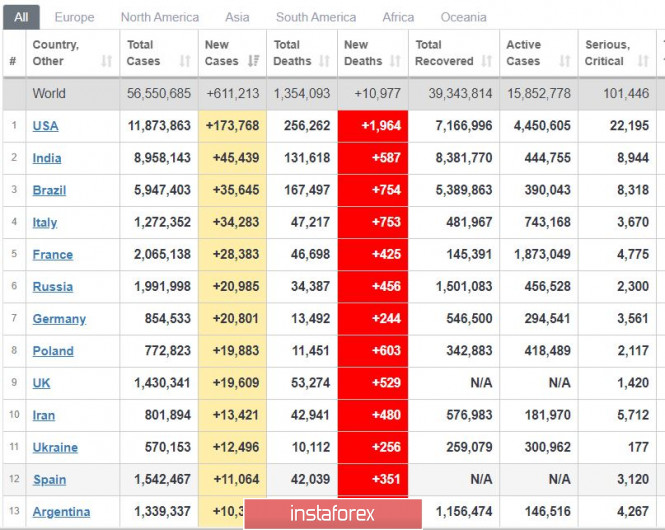 Another growth was seen in COVID-19 incidence around the world, as new infections rose again to more than 600 thousand a day. Death rate has also spiked, reaching about 11 thousand a day. Leading in both of these indicators is the United States, followed by Europe.

Despite that, there is more and more hope for a vaccine, but the drug will not be released until mid-December, since huge production capacities need to be deployed. 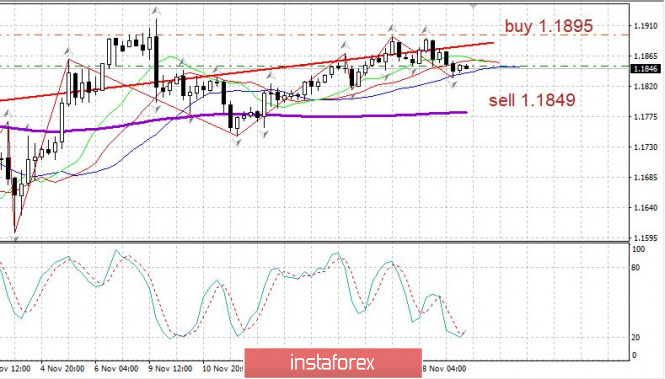 EUR/USD – The euro managed to break the level of 1.1850 yesterday, thereby turning the picture towards sales.

Today, at 14:30, a report on US employment will be published, which may resolve the issue over the euro’s movement.