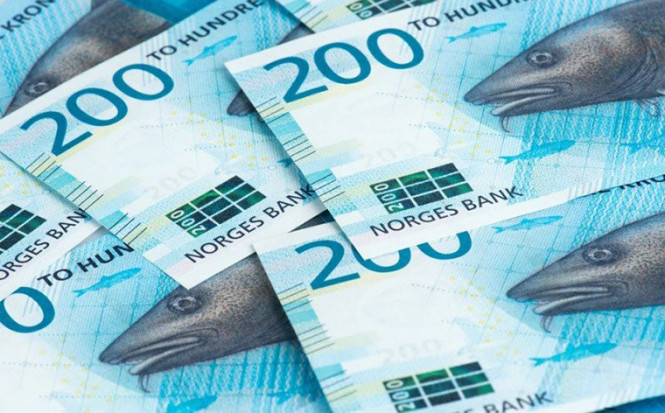 Deutsche Bank’s currency strategists believe that there is a high possibility that NOK will grow in the long-term. This is supported by the country’s stable economy and the ability to control the spread of COVID-19 due to territorial limitations. Moreover, senior analyst from the indicated bank, Robin Winkler, is sure that Scandinavian currencies such as the Norwegian and Swedish krona will be in favor, while global reflation strengthens.

Experts say that a fairly strong economic growth recently recorded in Norway will allow it to avoid another downturn. A potential reduction in economic activity was predicted in the winter of 2021, but the Norwegian economy is coping well with the current challenges, so difficulties are not expected. The second wave of the COVID-19 pandemic failed to destroy the Norwegian economy, unlike the larger European territories which are currently suffering. As a small state with an open economy, Norway is dealing with the coronavirus threat faster and easier.

The economic recovery of this northern country is supported by stable prices in energy markets. According to experts, this will allow Norway to hold out until an effective vaccine against COVID-19 is released. As a result, the country will be one of the first, along with Sweden, to receive collective immunity. If so, the Norwegian economy will gain an advantage over other European states.

Therefore, experts think that the current situation is favorable for the growth of the Norwegian krone. It is currently undervalued against the dollar by 25%, which is a high figure. Today, the USD/NOK pair is trading near the range of 9.0314-9.0315. The pair’s dynamics are quite lively, and it is able to sharply rise at certain moments. 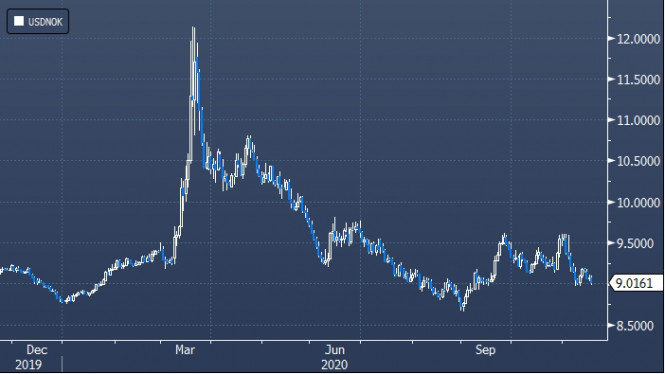 However, not all analysts are optimistic about the indicated currency. Commerzbanks’ currency strategists are cautious about the possible growth of NOK. The bank agrees that the price of Norwegian krone may rise after the introduction of an effective vaccine against COVID-19. However, there is one problem: the uncertainty about the country’s economic prospects, which limits the growth of the national currency. According to a macroeconomic report released last Tuesday, the Norwegian economy was able to recover in the third quarter of 2020, but this did not give its national currency a new impulse.

Moreover, the bank’s analysts argued that NOK still remains vulnerable in the short-term planning range, but will be able to recover by the end of 2020. Its positive dynamics is supported by the rise in oil prices and relative stability in the world market.

Therefore, we can expect the Norwegian krone to continue rising in the first half of 2021, as there are a number of favorable factors that can turn to its advantage. Experts believe that this will be successful for the Scandinavian currency.