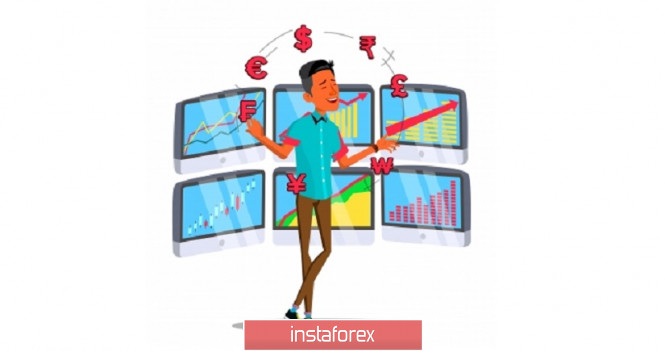 The euro failed to maintain its previously set upward rate yesterday, which resulted in the quotes’ slowdown in the area of the local high (1.1875) from November 17.

It is worth considering that the price of the euro declined after that.

What was happening on the trading chart?

The quote initially stopped at the level of 1.1890, where a decline started to emerge after a short gap. As a result, market participants returned to the past price level – 1.1850, where the trading day closed. 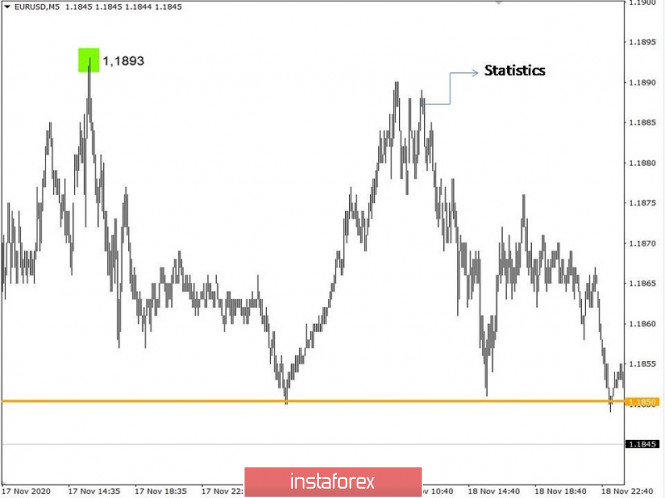 In turn, the pound still managed to reach the predicted resistance level of 1.3300 yesterday. As a result, our total income from the range of 1.3225/1.3235 amounted to about 60 points.

Inflation data in the UK was published, where they recorded a rise from 0.5% to 0.7% with a forecasted growth to 0.6%. The divergence in expectation played in favor of the pound in terms of local strengthening.

By the time of publication of these statistics, the price attempted to approach the resistance level of 1.3300 for the first time.

What was happening on the trading chart?

After testing the resistance level of 1.3300 for the second time, there was a sharp decline in the pound’s volume of long positions (buy positions) during the US trading session. As a result, the natural basis associated with the level of 1.3300 in terms of the quote’s reversal was confirmed.

The quote then returned to the level of 1.3265 at the end of the trading day, while maintaining a downward interest. 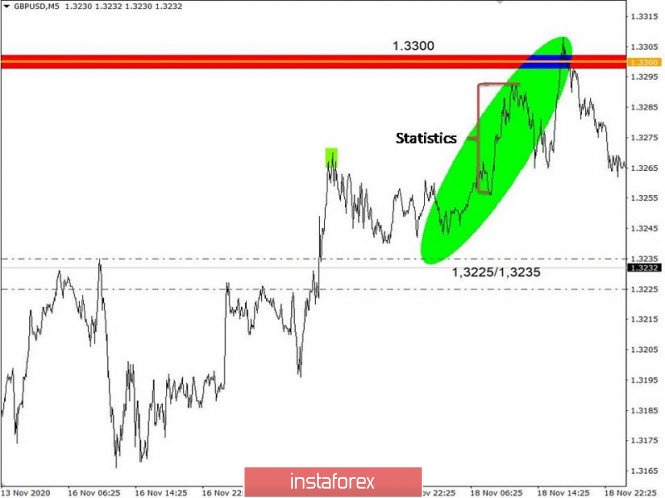 Considering the economic calendar, the only statistic that can be singled out is the weekly data for the US labor market, which will publish applications for unemployment benefits. So, the volume of applications continues to decline, which is considered a good signal for the recovery of the labor market.

The recovery of the labor market is a positive signal for the national currency.

An alternative scenario will be considered if the price is kept above the level of 1.1860 in the four-hour time frame. If this scenario develops in the future, the quotes will be expected to return to the level of 1.1890. 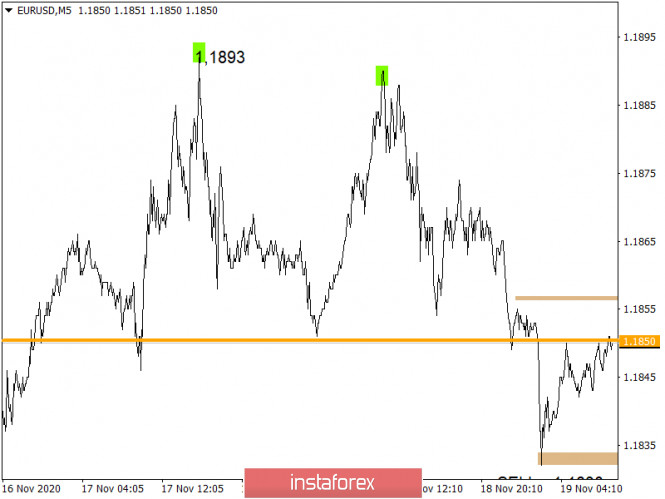 Looking at the economic calendar, UK statistics will not be published today. The only thing worth paying attention to is the US labor market data, which can positively affect the volume of dollar positions.

From the point of view of technical analysis, it is noteworthy that the downward interest prevailed in the market during the Asian session. This resulted in the return of quotes to the area of 1.3225/1.3235, where a slowdown occurred.

In order for the downward interest to resume, the quote must hold below the level of 1.3220. If this plan works out, the pair can further decline in the direction of 1.3175-1.3100.

The alternative scenario of market development considers the natural basis associated with the area of 1.3225/1.3235. Here, a movement is likely towards the range of 1.3275-1.3290, if a rebound and price consolidation above the level of 1.3255 occur. 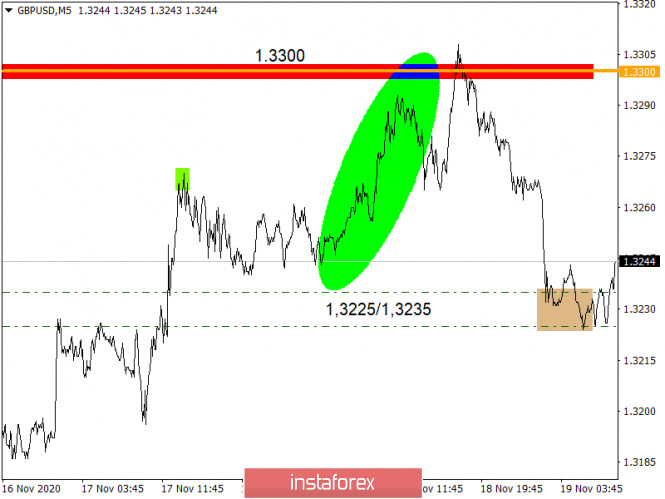