Yesterday’s reaction to the bank level of 1.1883 indicates that growth is being held by placing large limit orders. There is a high probability of a decline to the support zone formed from the level of 1.1769. This model is a priority at the end of this week and the beginning of next week. 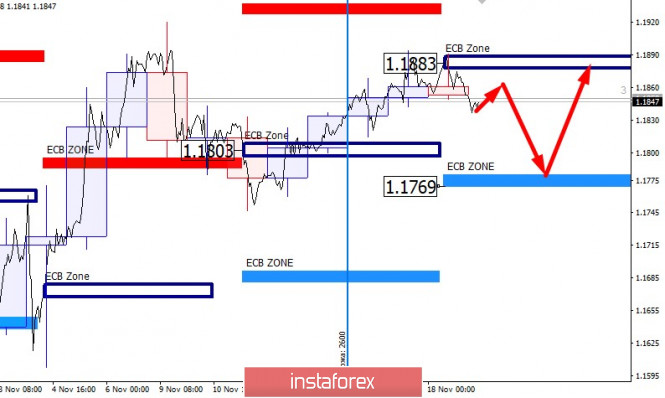 This model will continue to form a medium-term accumulation zone. It is important to understand that sales must be recorded when testing the lower banking zone. This will help in avoiding missed opportunities.

If the test of the 1.1769 level leads to a large demand, then you will need to open purchases. The growth target will be a return to the level of 1.1883. This model is valid until next Wednesday which makes purchases profitable after a decline to 1.1769. Don’t forget to fix your positions when you reach the support and resistance zones.