Yesterday, the euro fell to Tuesday’s opening level, also trying to test the daily MACD line, and was unsuccessful at it. This morning the price touched the nearest support at 1.1830. The price must settle below this level in order to form a condition for it to decline further. The Marlin oscillator is moving to the downside, showing the price’s intent to overcome the achieved support. 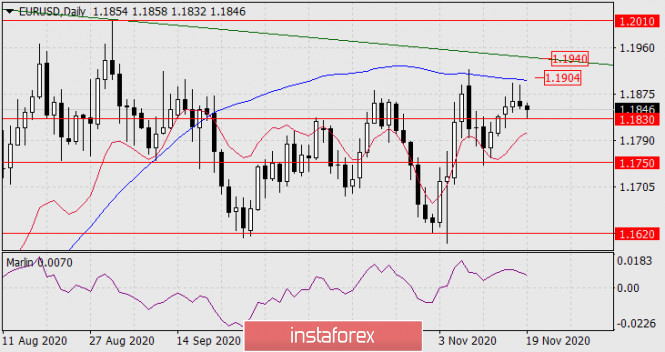 Examining the situation on the four-hour chart fully reveals the importance of the moment. The Marlin oscillator is decreasing at a normal rate, not at an accelerated rate, as we mentioned yesterday, which creates the actual uncertainty of the price’s current state in the range of 1.1816-1.1904. The lower border can even be shifted lower to 1.1816, where the MACD line runs. 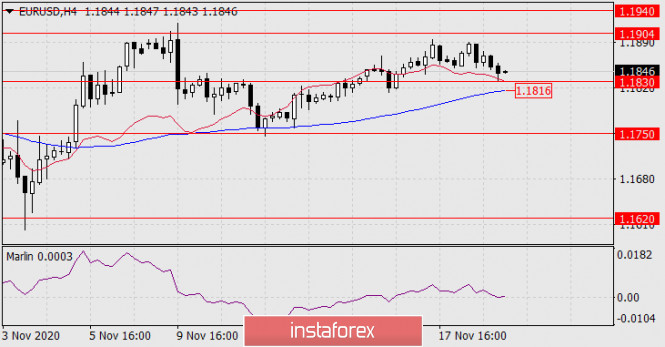