The Australian dollar traded with a range of 30 points yesterday, closing the day near the area where it opened. The price divergence continues to operate with the Marlin oscillator, support for the aussie is the MACD line on the daily chart at 0.7262. Overcoming support will pull down the price. The first target is the November 12 low at 0.7222. Getting the pair to settle below the level will open the way to 0.7120. 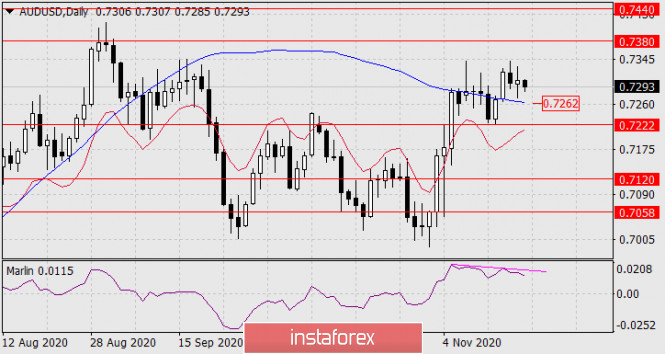 Nevertheless, we formally have an ascending trend – the price is above the indicator lines, while Marlin is in the growth zone. Accordingly, the probability that the price will rise to 0.7380 is about 40-45%. 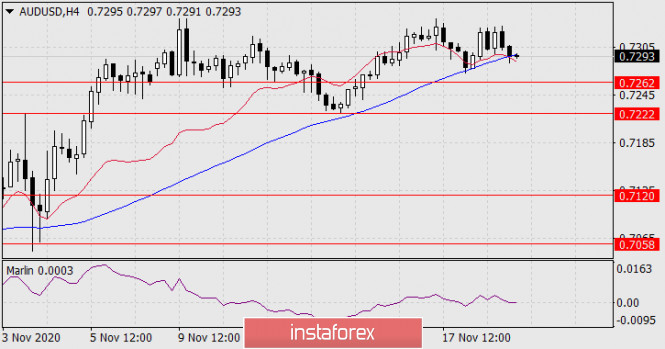 The four-hour chart shows that the declining potential is stronger. The price breaks below the MACD line and the balance line. Getting the pair to settle below them will lead to a decisive attack to the MACD line (0.7262) on the daily scale, if successful, the nearest target at 0.7222 will open. The Marlin oscillator is trying to overcome the border of the bears’ territory on the four-hour chart.