USD/JPY fell yesterday, which means, the yen strengthened by 0.38%, supported by the declining US stock market that was down 1.16%. The price broke support at 104.05, now it’s aiming for the 103.18 level. Settling in the area under it opens the second target of 102.35. Marlin is declining in the negative zone, strengthening the downward potential. 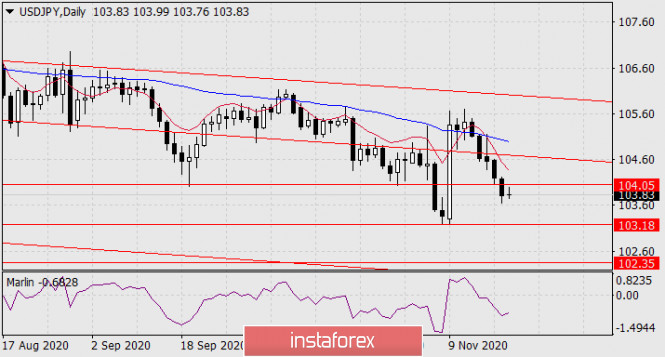 The four-hour chart shows that the price settled below the 104.05 level. The signal line of the Marlin oscillator has reached the upper boundary of its own channel; now it is likely to reverse to the downside, which will further strengthen the local downward trend. We are waiting for the price near the nearest target of 103.18. 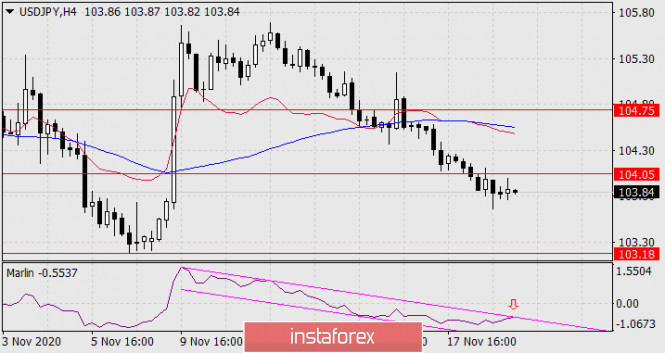