NZDUSD was showing bearish divergence RSI signals, providing traders with a warning that the up trend is close to its end. Today price broke out of the bullish short-term channel and that is why traders and specially bulls need to pay close attention. 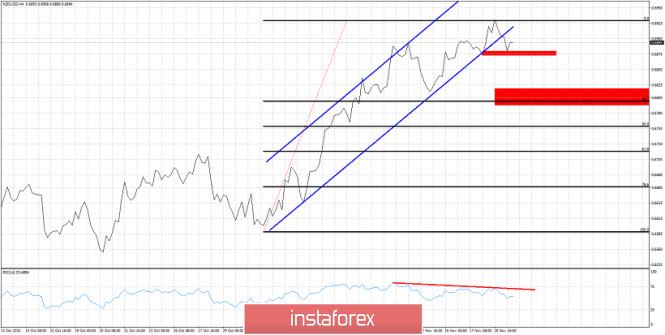 NZDUSD is trading above key short-term support at 0.6875. As we explained in a previous analysis, NZDUSD is vulnerable to a pull back towards the 38% Fibonacci retracement. If support at 0.6875 fails to hold, we should expect price to reach next the 38% retracement area at 0.68. Traders should look to open short positions if short-term support is broken. 0.6930 should be used as stop level if trade is initiated.