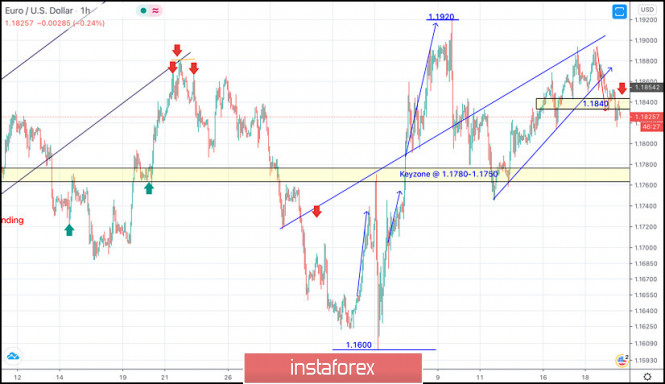 Recently, Two opportunities for SELL Entries were offered upon the recent upside movement towards 1.1880-1.1900. All target levels were achieved.

Evident signs of bullish reversal were demonstrated around the recent price levels of 1.1600.

Recently, the price zone around 1.1840 was mentioned as a prominent KeyZone to be watched for Price Action.

The current bearish closure below which will probably trigger a quick bearish decline initially towards 1.1750.

Currently, the price zone around 1.1840 stand as significant Resistance-Zone to offer a high probability SELL Entry. Exit level should be placed above 1.1860.