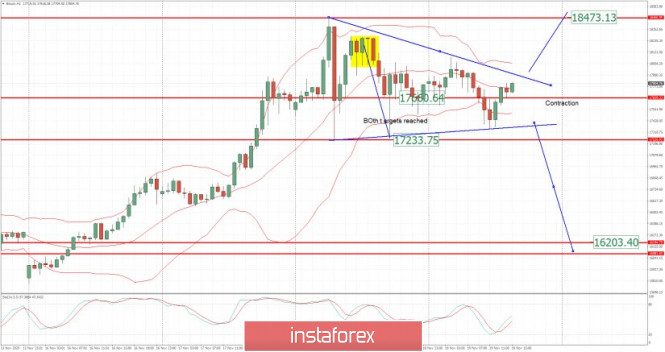 Analyzing the current trading chart of BTC, I found that BTC both our yesterday’s targets and that market entered contraction mode.

I found that symmetrical triangle is in creation on the 1H time-frame, which is sign of the balance and warning to watch for the breakout.

The downside breakout of the support at $17,300 will confirm downside movement towards $16,200