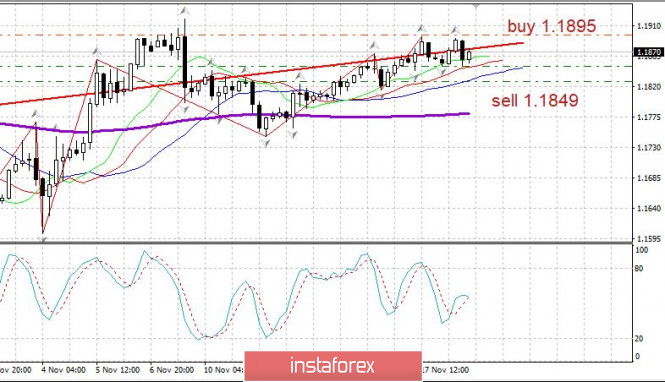 In fact, in the near future, the euro may break either limit of the range.

The euro has been hovering within the range for 3.5 months.

During the last 24 hours, the single currency was fluctuating below the upper limit of the range that acts as the resistance area of 1.1900-1.1930.

The euro will either drop to 1.1600 or even lower or break the upper limit of the range.

Sell positions could be initiated from 1.1849.