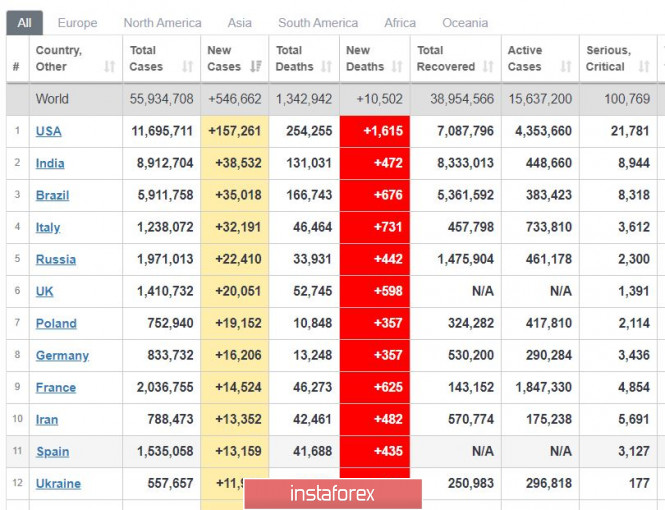 It seems that COVID-19 is retreating, since on the third day, the total number of new infections in the world was not higher than 550 thousand (the maximum is 660 thousand).

Deaths per day have increased, but it is obvious that the peak of mortality is lagging behind the peak of infections.

The leader is still the United States, which records 157 thousand new coronavirus cases a day.

Europe, meanwhile, already saw a decrease, but the second and third places in terms of highest daily incidence are still India and Brazil.

Nonetheless, there are high hopes for a vaccine. In the United States, vaccinations are expected to begin in mid-December. 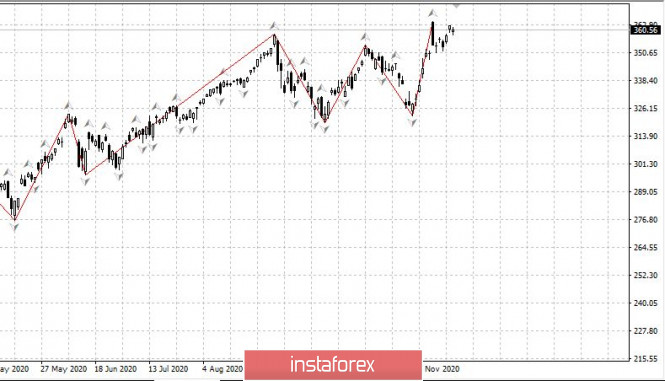 S&P 500 – the US market is at its highs, but further growth can still occur. Selling at these levels is very good, especially since there are no reasons for long-term growth from these levels. 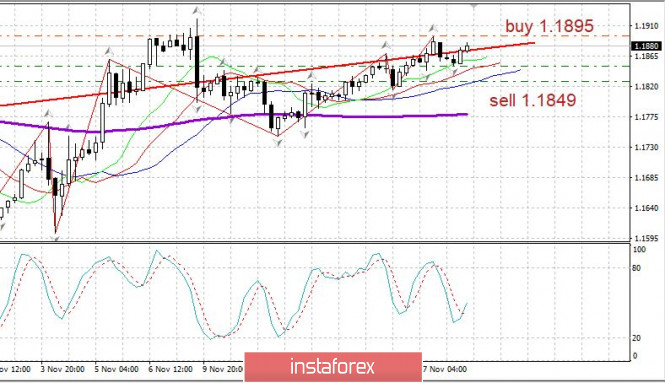 EUR/USD – Buying the euro at a breakout is very risky.

Open short positions at a reversal from 1.1848.