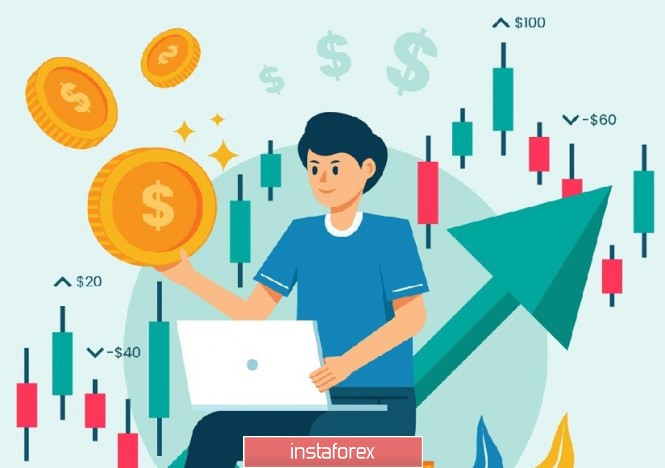 The euro successfully held its previously set upward rate yesterday. As a result, the quote managed to rise above the level of 1.1875. However, there has been low activity in the market in recent days and even the statistics published during the US session failed to help the market situation with volatility.

There were no statistics on the European side, but for the United States, volume of retail sales were published, where the last value was revised in favor of growth – from 5.4% to 5.9%. And although the current data was confirmed at 5.7%, this is not bad in the current situation.

As a result of positive statistical data, the US dollar managed to recover its positions against the euro, returning the quote below the level of 1.1875. 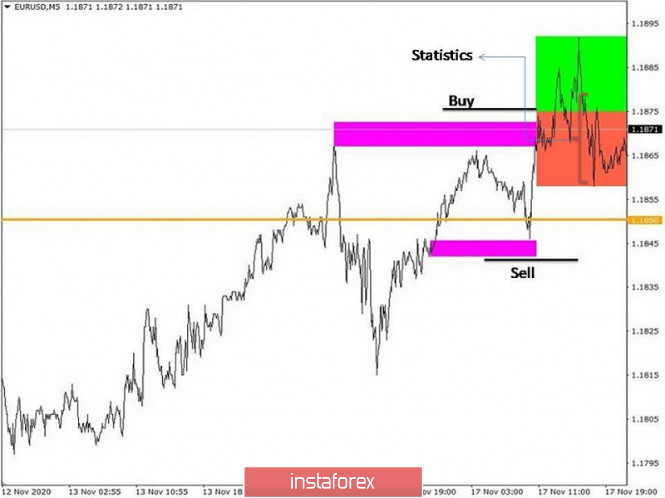 What happened on the trading chart?

Just like its European counterpart, the pound was also inclined to rise yesterday, which resulted in a breakdown of the resistance area 1.3225/1.3235. There has been a low activity for the GBP/USD pair for three consecutive trading days (daily volatility is below 100 points).

In terms of the economic calendar, the UK did not publish statistics. Thus, we should only pay attention to the published statistics from the United States.

It was mentioned above that the US data came out quite good, so the dollar managed to slightly strengthen against the pound. 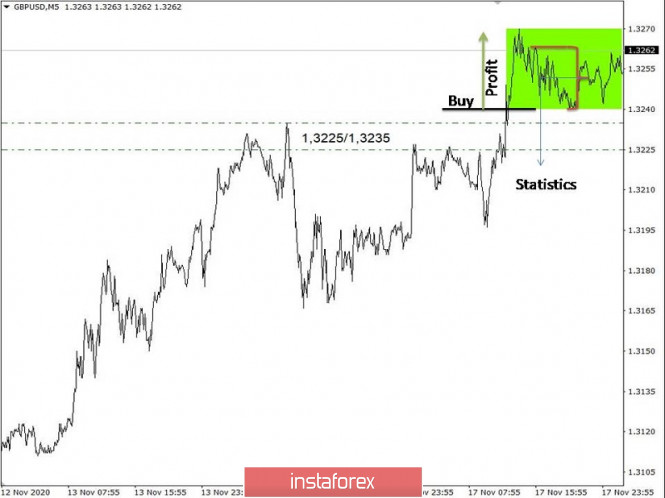 Considering the economic calendar, the final data on Europe’s inflation will be published today, which should confirm the fact that the decline rate remains at the level of -0.3%. Moreover, it should be noted that the preliminary estimate has already reflected the inflation decline and this factor can be taken into account in the quotes.

There will be no statistics expected for the United States.

In terms of technical analysis, you can see that the quote is still on an upward wave of buyers, where yesterday’s high will likely be updated at 1.1893, if the price is kept above the level of 1.1875. This will be followed by a movement towards the level of 1.1920.

An alternative scenario of the market development will be considered if the price consolidates below the level of 1.1850, which may lead to a decline towards the range of 1.1810-1.1800. 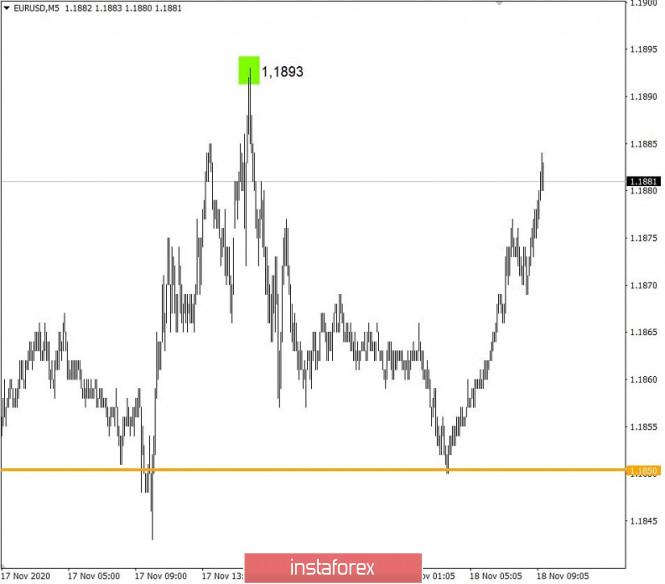 In addition to the news background, inflation data in Britain have already been published, where it increased from 0.5% to 0.7%, with a forecasted growth of 0.6%. The divergence in expectations favored the pound in terms of local strengthening.

From the point of view of technical analysis, it is noteworthy that the quote is still above the resistance area of 1.3225/1.3235, which means that buyers still have a chance to further rise towards the level of 1.3300.

An alternative scenario of the market development will be considered if the price returns below the level of 1.3225. 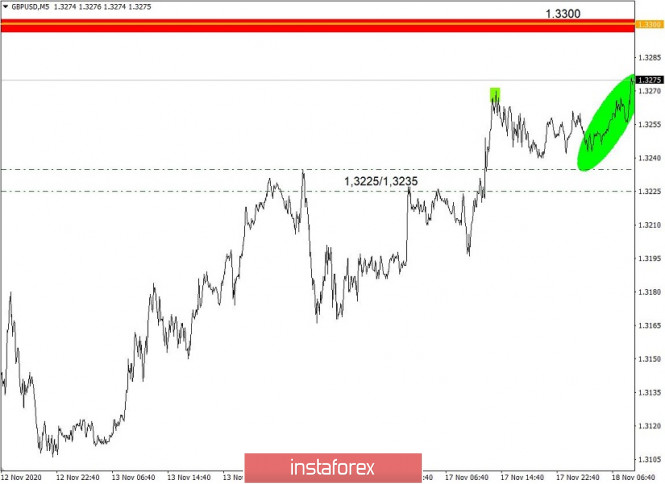