The markets finally started to pay attention not only to the impact of COVID-19 on the society and economy, events around the US presidential elections, and partially successful vaccines against COVID-19, but also to the incoming economic data, which are generally not too positive.

If before the US presidential elections, investors actively began to rebuild their investment portfolios by getting rid of high demand company shares, primarily in the industrial sector, which caused a strong growth (i.e in the Dow index in America), then now, this process only strengthened after the news about Pfizer and BioNTech’s effective vaccine. Against this background the US dollar was under pressure, together with other safe-haven currencies such as the yen and the franc.

Today, the passion of the market has slightly reduced and is shifting its attention to the US retail sales data and their volume published yesterday. The numbers turned out to be disappointing. The core retail sales index in October declined from the revised downward September value of 1.2% to 0.2%, with an expected value of 0.6%.

In addition, the numbers of the export and import price indices came out worse. Import values in monthly terms generally went into the negative zone. In terms of retail sales, it also declined from a revised downward September value of 1.6% to 0.3%. The indicator was supposed to show growth by 0.5%.

Nevertheless, the data on industrial production was optimistic, which rose by 1.1% against the September decline of 0.4%, and expected growth of 1.0%. But this was not enough. The stock market reacted to this news, albeit not strong, but with a decline. However, the US dollar remained practically unchanged against major currencies with the exception of the euro, which is growing on the ECB’s promises to use all measures to support the region’s economy. At the same time, the EUR/USD pair traditionally received support on the continuing optimism of the stock markets.

In general, yesterday’s event showed that the market mood has not yet changed a lot of factors that produce uncertainty, which are the results of the US presidential elections, the unclear timing of the start of production of vaccines against COVID-19, and so on. Therefore, the current situation will most likely continue against the background of high volatility.

The USD/JPY is trading below the level of 104.00 A consolidation below which will lead to a further price decline to 103.35. 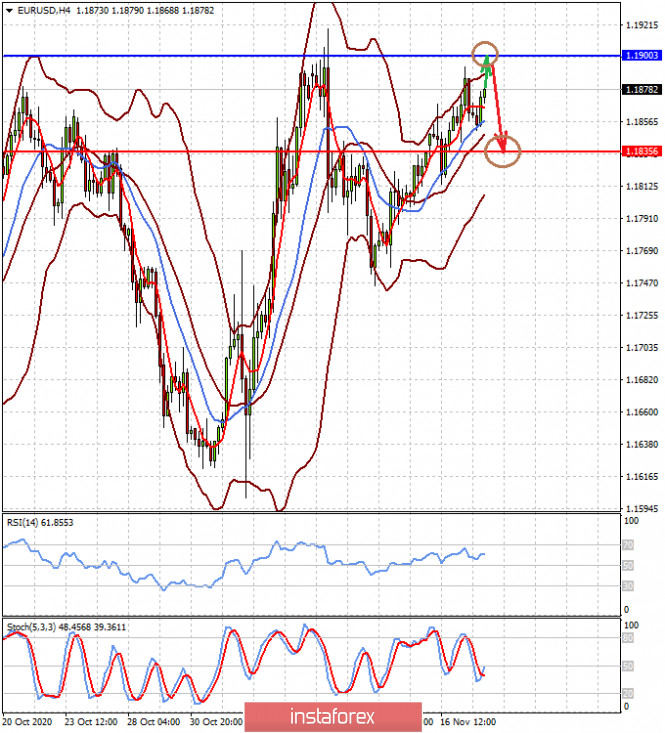 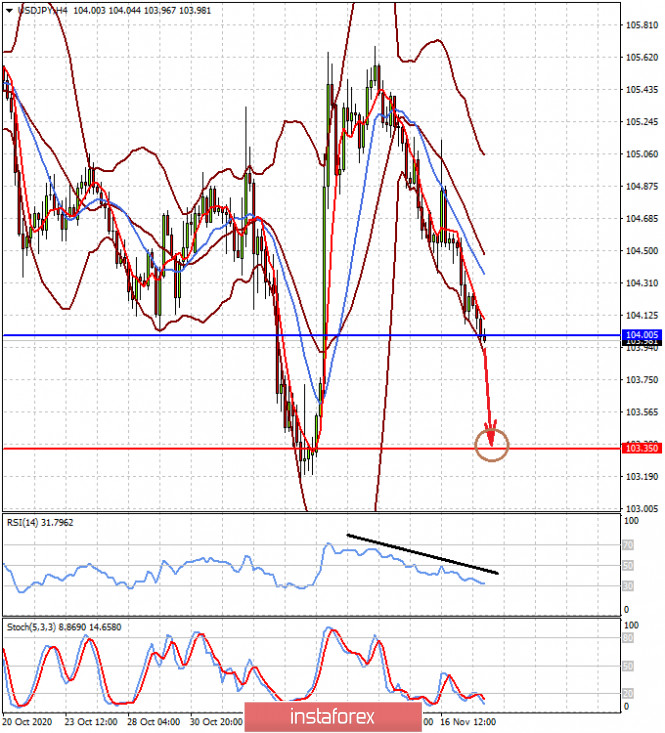