Yesterday the euro rose by 42 points, slightly falling short of the MACD line on the daily timeframe. The previous price peak from November 9 reached the resistance of the MACD line, and therefore the growth from the last four days that did not retest the MACD line can be taken as a correction from the fall on November 9-11. With such a plan, the price can fall to the target level of 1.1620 without much difficulty. But first you need to settle under 1.1750 in order to make sure that the price will move exactly according to this plan. At the preliminary stage, the price should settle below the nearest level of 1.1830. 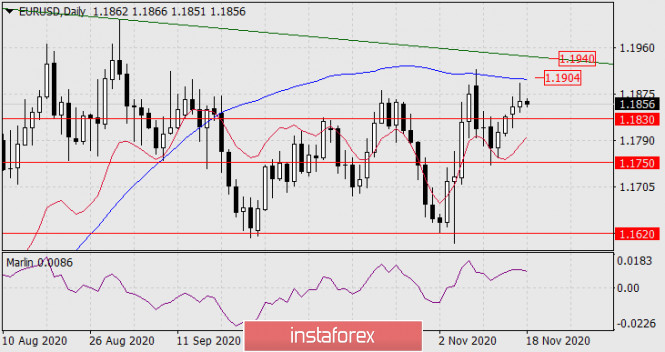 The Marlin oscillator is turning to the downside. It is especially important to accelerate the decline of the oscillator as a leading instrument in the coming days, because if Marlin behaves differently, we might not have a downward trend.

We see a rising situation on the four-hour chart. The price is above both indicator lines, the Marlin oscillator is also in the positive zone. 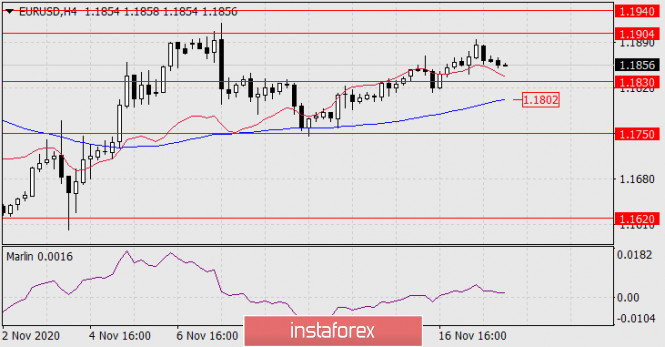 If this does not happen, then the actual growth target will become 1.1940 and the resistance of the MACD line at 1.1904 will become an intermediate resistance.