The pound sterling rose by 54 points on Tuesday, and it settled above the MACD line on the daily chart. The Marlin oscillator continues to grow in the positive zone. Therefore, the pound has the strongest position among other counter-dollar currencies. The target remains – the range of 1.3350/80. 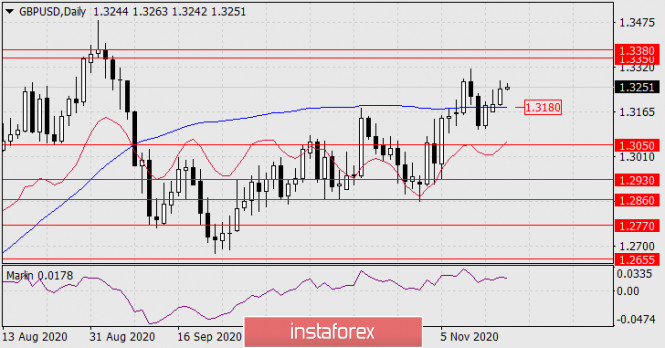 The four-hour chart shows that the price is staying above both indicator lines: above the balance line (red) and the MACD line (blue). Marlin is growing in the positive zone. We expect the pound to continue rising. 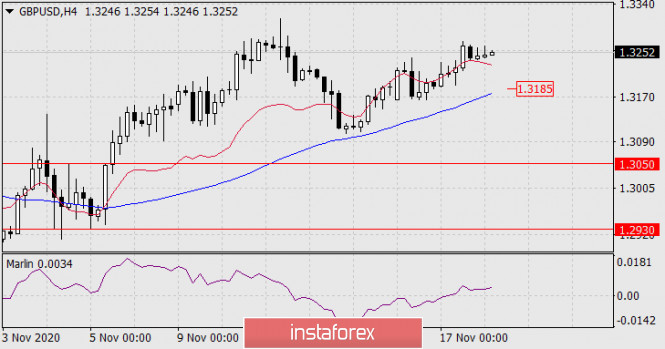