The yen strengthened by 37 points on Tuesday, this morning the 104.05 target level was reached. Now we are waiting for the price to overcome this level so that the pair could fall to the 103.18 target . The advantage of just such a scenario is indicated by the Marlin oscillator, whose signal line is decreasing along a steep trajectory. 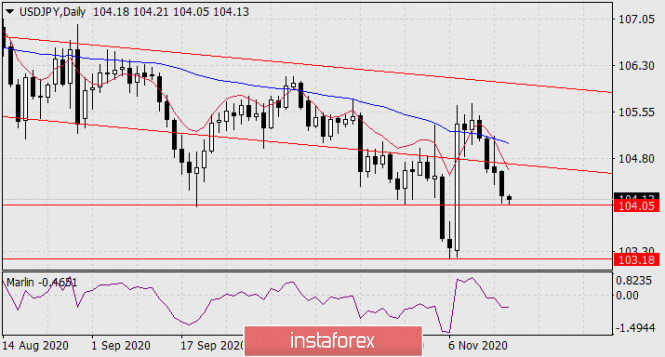 The four-hour chart shows that the price is developing under both indicator lines, and the MACD line marks its own downward reversal, which reinforces the downward short-term trend. The Marlin oscillator is declining in its own channel. There are no signs of a price reversal yet. We are waiting for the price to settle below the 104.05 level and for it to move to 103.18. 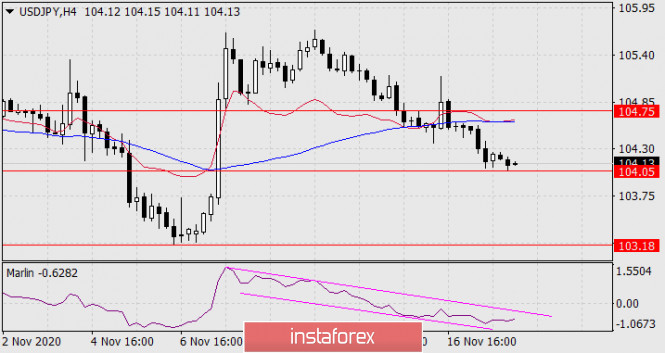