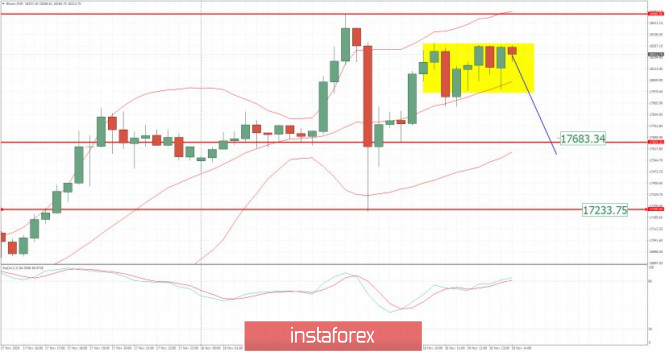 Analyzing the current trading chart of BTC, I found that BTC is trading flat last 4 hours and I see potential for the downside rotation.

Stochastic oscillator is in the overbought zone and the BTC is on the extended run.

The breakout of support at $18,000 will confirm further downside movement.