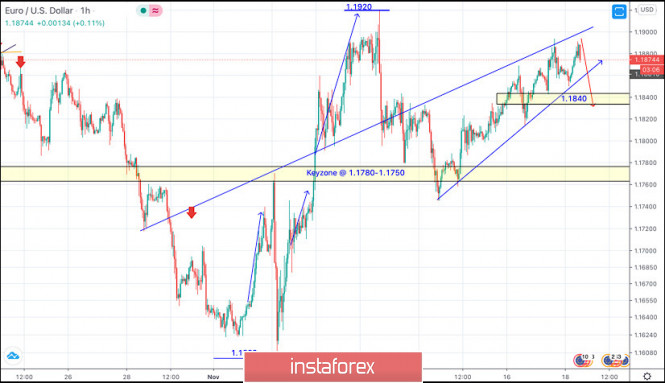 Recently, Two opportunities for SELL Entries were offered upon the recent upside movement towards 1.1880-1.1900. All target levels were achieved.

Thus, the pair remains trapped between the price levels of 1.1750-1.1900 until breakout occurs in either directions. Moreover, the price zone around 1.1840 stands as a prominent KeyZone to be watched for SUPPORT. That’s why, bearish closure below which will probably trigger aquick bearish decline initially towards 1.1750.

Currently, the price zone around 1.1840 and 1.1780 stand as significant SUPPORT-Zones to be watched for bullish rejection upon any upcoming downside movement. Exit level should be placed below 1.1750.