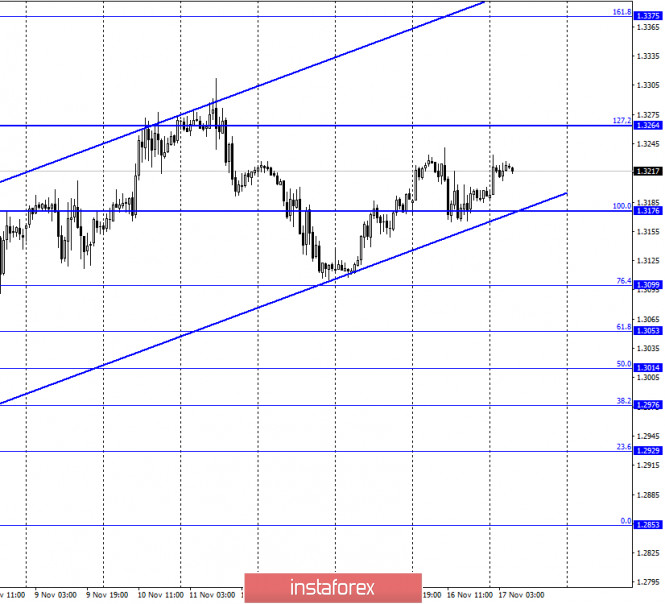 According to the hourly chart, the quotes of the GBP/USD pair fell to the corrective level of 100.0% (1.3176), rebounded from it, and resumed the growth process in the direction of the corrective level of 127.2% (1.3264), while being inside the ascending corridor, which characterizes the current mood of traders as “bullish”. Fixing the pair’s rate under the corridor will work in favor of the US currency and the beginning of the fall. At the same time, negotiations between London and Brussels continue. Still, both sides do not make any statements about the progress in the negotiations, however, this topic is extremely important, so many media outlets try to get their insider information. For example, Reuters said that the previous round of negotiations again ended in nothing, and there is extremely little time left for negotiations and the subsequent ratification of the deal. According to some European officials, it may already be too late. At the same time, the Guardian writes that negotiations on the deal may continue until December 28. The British tabloid also reports that differences over fishing in British waters remain significant. The Guardian considers the small amount of time left for negotiations to be the main problem. However, David Frost still believes that the deal can be agreed upon in time, but does not specify how many issues the parties have yet to agree on. In general, it is difficult to say something definite now, however, it is even more difficult to conclude. 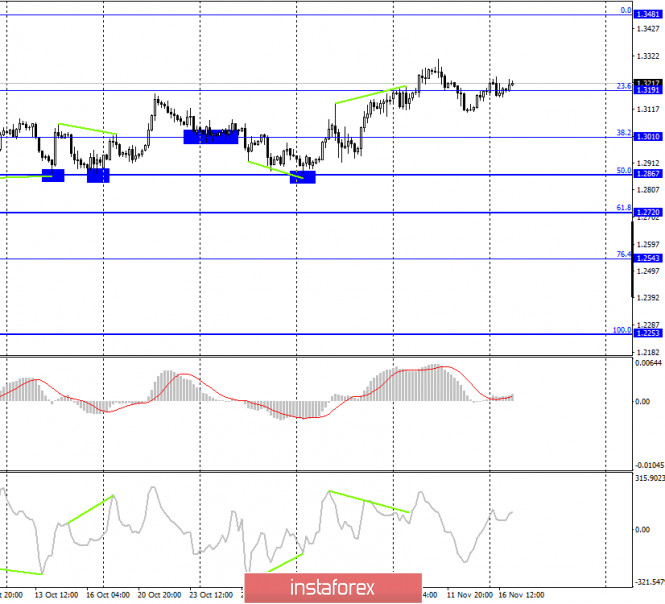 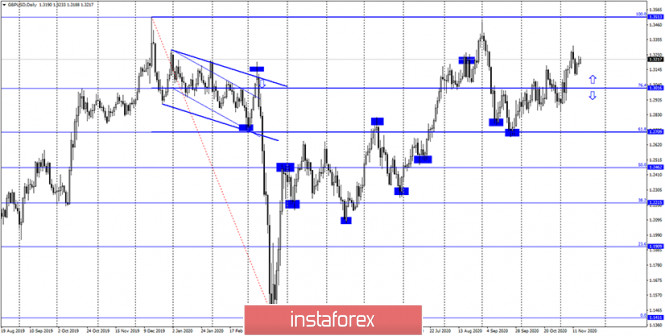 On the daily chart, the pair’s quotes continue to grow in the direction of the corrective level of 100.0% (1.3513). However, when trading a pair, I recommend paying more attention to the most lower charts. They are now more informative. 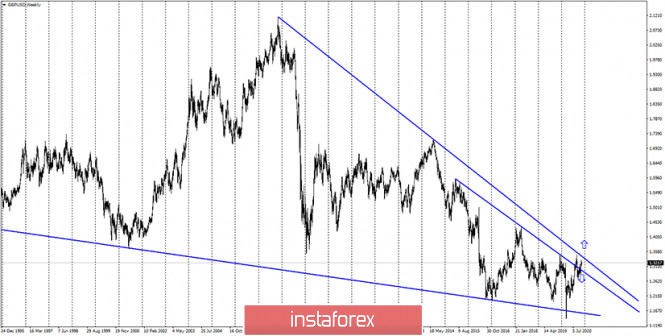 On the weekly chart, the pair GBP/USD has performed a new close above the upper descending trend line, although it had previously been falsely broken through this line. In recent weeks, the pair has made new attempts to gain a foothold over both trend lines.

There were no major reports or other events in the UK or America on Monday. The information background was extremely weak.

Us and UK news calendar:

On November 17, the Governor of the Bank of England will speak. He might have something interesting to say. In America – this is a fairly important report on retail trade. 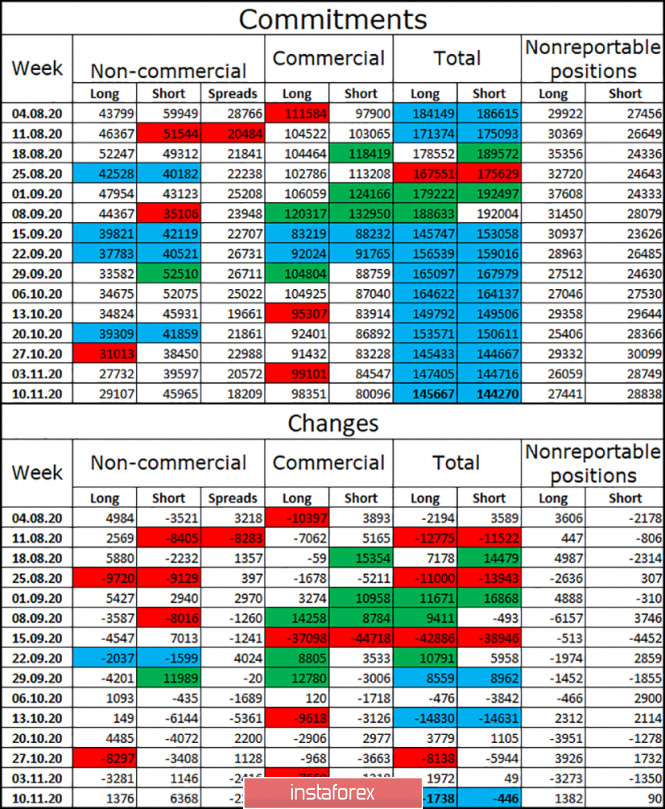 The latest COT report on the British pound showed that the mood of the “Non-commercial” category of traders became even more “bearish” during the reporting week. Speculators this time opened 1.4 thousand long-contracts, but at the same time increased 6.4 thousand short-contracts. The British pound as a whole has continued to grow in recent weeks despite COT reports. However, not every week the mood of traders became more “bearish”. However, the latest COT report suggests that the British currency is about to fall. I also note an almost equal number of open long and short contracts for all categories of traders and a fairly small total number of contracts in the hands of the “Non-commercial” category. This means that speculators are not eager to deal with the pound right now.

Today, I recommend selling the GBP/USD pair with targets of 1.3099 and 1.3053 if the closing is performed under the ascending corridor on the hourly chart. A rebound was made from the lower border of the ascending channel and the level of 100.0% (1.3176). Thus, now you can stay in purchases with the goal of 1.3264.