An upward wave has been forming on the British pound chart since September 10. A counter correction has been forming since October 21. According to Eliot, it has the appearance of a shifting plane. The corrective movement is in its final phase.

In the first half of the day today, a flat mood of movement is expected, with a downward vector. By the end of the day, you can expect an increase in activity and a return to the bullish rate. A break above the calculated resistance is unlikely today.

Until the correction is complete, trading in the pound may be unprofitable. It is recommended to refrain from entering the pair’s market at this time. In the area of the support zone, you should track the signals for buying the instrument. 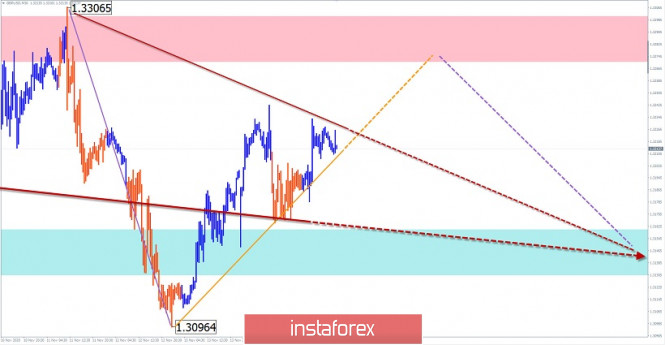 Since November 6, an upward reversal wave pattern has been forming on the Japanese yen major chart. In the last decade, the price is adjusted down. Analysis of the structure shows that this movement is not over.

By the end of the current day, the price is expected to move between the nearest zones. An upward movement vector is more likely in the European session. By the end of the day, you can expect a reversal and a repeated decline in the support area.

Trading on the pair’s market today is only possible within the intraday. You should be careful when purchasing. Sales are more promising. 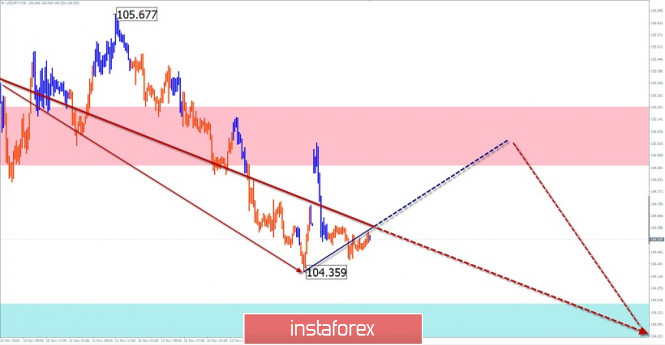