Yesterday, the pound closed at the level where it closed last Friday, and today it opened above the daily MACD line. The signal line of the Marlin oscillator moves horizontally. These are signs of further growth. The target remains the same – the 1.3350/80 range. 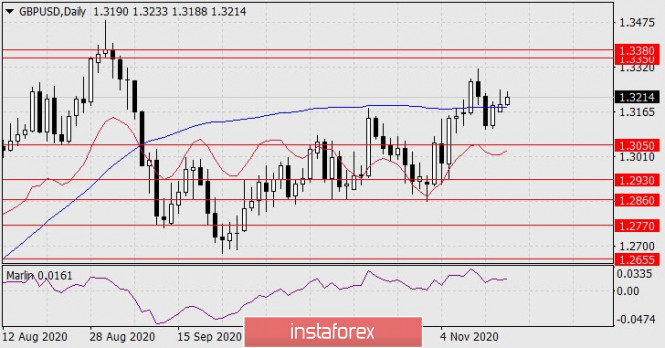 The price overcomes the resistance of the balance indicator line on the four-hour chart. Settling beyond this area can accelerate growth. Marlin attacks the border of the growth territory. There are no signs of a reversal, we are waiting for succeeding growth. 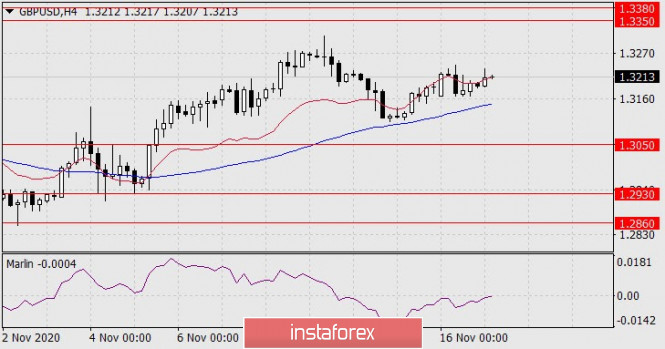