Yesterday, the Japanese currency quickly worked out our scenario and tested the MACD line (105.14) and returned to the area under the trend line of the price channel (104.75) on the daily chart. The price has settled under the trend line, now we are waiting for it to move to the nearest target of 104.05. Overcoming it opens the second target at 103.18 – the November 6 low. The Marlin oscillator is in the negative zone – in the trend of a prospective (the indicator is leading) decline. 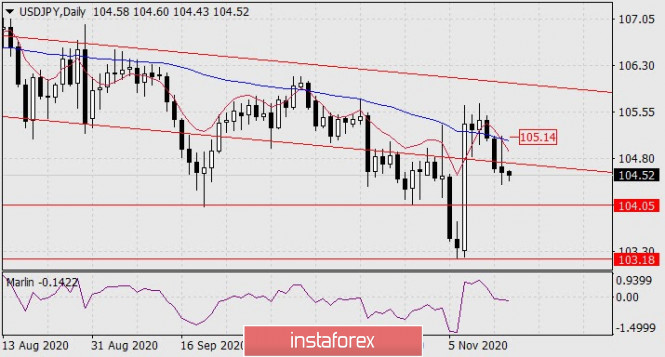 The four-hour chart shows that the price has settled below the MACD indicator line, the Marlin oscillator is in a downward trend on the 13th. We are waiting for the price at the first target at 104.05, then at the second target at 103.18. 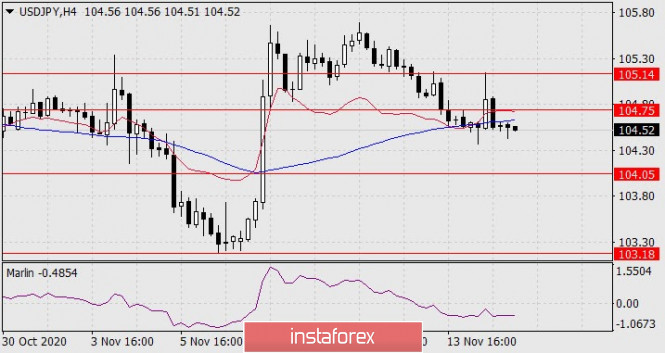