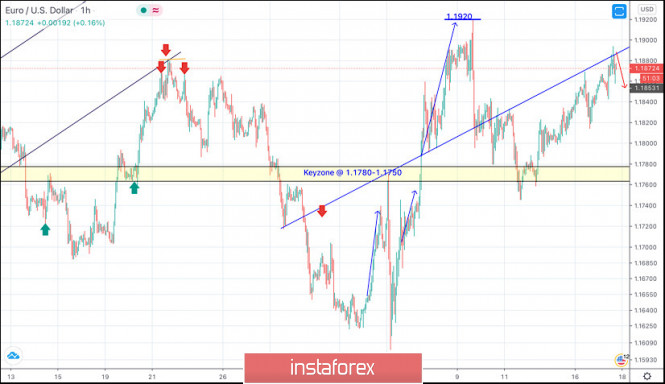 Few Weeksago, the price zone around 1.1880-1.1900 constituted a KEY Price-Zone as it corresponded to the backside of the depicted broken ascending channel where significant bearish pressure and a reversal Head & Shoulders pattern were demonstrated.

As mentioned in the previous article, the pair has targeted the price levels around 1.1920 which exerted considerable bearish pressure bringing the pair back towards 1.1800 which constitutes a prominent KEY-Zone for the EUR/USD pair.

Thus, the pair remains trapped between the price levels of 1.1750-1.1900 until breakout occurs in either directions.