GBP/USD has rebounded after the temporary drop as the USD is punished by the USDX’s sell-off. The correction was natural after the false breakout above the near-term resistance levels. 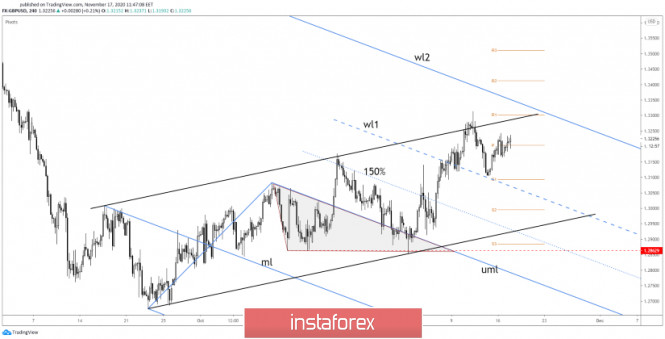 As you can see on the H4 chart, the rate has found support on the first warning line (wl1) and now is trading back above the Pivot Point (1.3203) level. The immediate upside target remains at the channel’s upside line and at the R1 (1.3301) level.

The second warning line (wl2) could be a critical resistance as well. A valid breakout above the immediate upside targets, obstacles suggests a broader upside movement.

A valid breakout above the channel’s upside line and above the R1 (1.3301) represents a bullish signal. Also, passing and stabilizing above the second warning line (wl1) signals an extended upside movement.

The R3 (1.3510) could be used as an upside target if the bullish scenario will be validated. You should be careful because a false breakout with great separation above the immediate obstacles or a major bearish engulfing brings a selling opportunity.