The last trading week ended with a rapid strengthening of the British currency. However, most traders are skeptical about this jump due to the very ambiguous situation on the trade negotiations between England and Brussels.

Thus, judging by the official data, the British government reported that the sudden departure of two Brexit coordinators from Downing street will not force them to back down, because negotiations with the European side will start from Monday, November 16.

Negotiators from the EU and Britain said on Sunday that the coming days would be crucial as each side was trying to overcome key barriers to reach a trade deal.

“We’ve just finished two weeks of intensive talks with the EU. Progress made, but I agree with (EU negotiator) @MichelBarnier that wide divergences remain on some core issues,” Britain’s chief negotiator David Frost said. “We continue to work to find solutions that fully respect UK sovereignty.”

In other words, there is progress in the negotiations, but there is no result.

Neither of the parties agrees to compromise.

There are some issues that have become the main stumbling stone: fishing, equal competition, and cooperation in the field of justice.

Due to the fact that there is little chance of progress in the negotiations, there are rumors that the deadline week may be extended, and the negotiations will continue in December.

* October 15-16: EU leaders met in Brussels. Initially, it was planned that the agreement would have been signed by that time.

• End of October- mid-November: a three-week window to intensify negotiations on the deal.

* November 23-26: the European Parliament meeting will take place. During the meeting, any deal agreed with EU leaders will have to be ratified

* December 10-11: next EU summit. If the deal is not signed, preparations will begin for a hard exit from the single market, and this will be the main issue

* December 14-17: the European Parliament meets for the last time this year

* December 31: end of the Brexit transition period. If both sides do not sign a trade agreement, the United Kingdom will have to trade without a deal

Notably, in the above-mentioned schedule, the negotiations could be extended for another period, that is, for 2021, taking into account the previous experience.

In terms of technical analysis, we can see that due to the upward movement on November 13, the quote managed to return to the area of 1.3230, where there was a slowdown. Recovery after a decline logged on November 11 and 12 is obvious. However, traders should remain cautious as there are a lot of reasons for the pound’s depreciation.

I remind you that traders are considering a multi-stage system of decline, which may lead to a change in the medium-term trend.

The system was described in the previous analytical review.

On November 13, we could see a slight slowdown. The indicator of market dynamic fell below 100 points to 91 points. It is worth noting that the coefficient of speculative operations is still at a high level, which is confirmed by the dynamic over shorter time periods.

Let’s take a look at the daily trading chart. We can see a medium-term uptrend that is just under 200 pips from the fresh local low. Now everything will depend on speculators and the flow of news on Brexit. 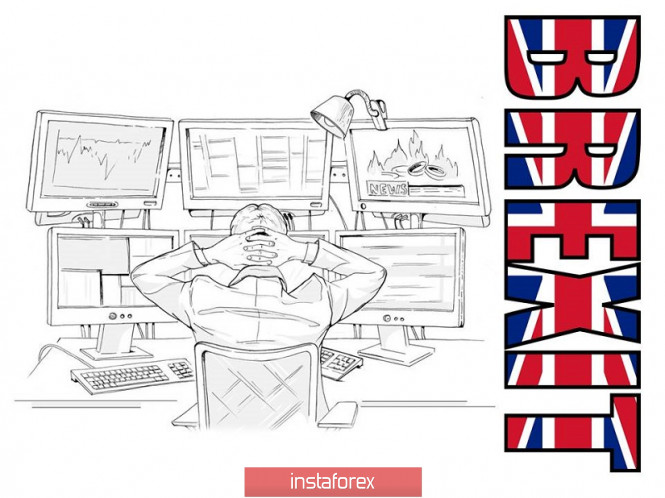 Today, neither the UK nor the United States will publish any important macroeconomic data that are worth paying attention to. That is why we have to follow new information about such burning issues as Brexit and the coronavirus pandemic.

Analyzing the current trading chart, you can see that the variable resistance is at 1.3240. The upward movement was replaced by a downward one.

As a result, the quote was again below the level of 1.3200. This means that sellers still have a chance. In fact, the price fluctuation has a particular amplitude, which in technical analysis is interpreted as a local manifestation. In other words, the upward movement that took place last Friday is not a new round of the upward trend as it is a local manifestation in the market.

We can assume that if the quote continues to hover lower than 1.3200, we will soon return to the area of the support point of 1.3100. As you understand, in order to increase the volume of short positions, the quote must be fixed below 1.3100. Only after this, we will talk about the next stage of the downward movement (price fixation must occur at least on a four-hour period).

Here we will talk about speculative interest. The Brexit negotiations are in full swing, and if we assume that there are rumors that British Prime Minister Boris Johnson may intervene in them, this increases the risk of extraordinary price hikes, depending on his intention.

In other words, if Johnson comes out and says that he is ready to reach compromises with the EU, we will have a signal for the strengthening of the pound sterling. If the Prime Minister does not say anything sensible except ultimatums and deadlines, the pound sterling may lose in value. 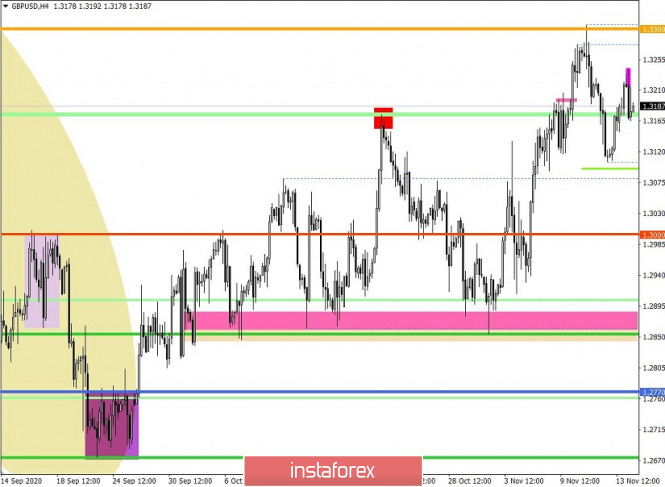 Analyzing different sectors of time frames (TF), we can see that the indicators of technical instruments have a buy signal due to the fact that the quote is at the stage of an upward cycle. 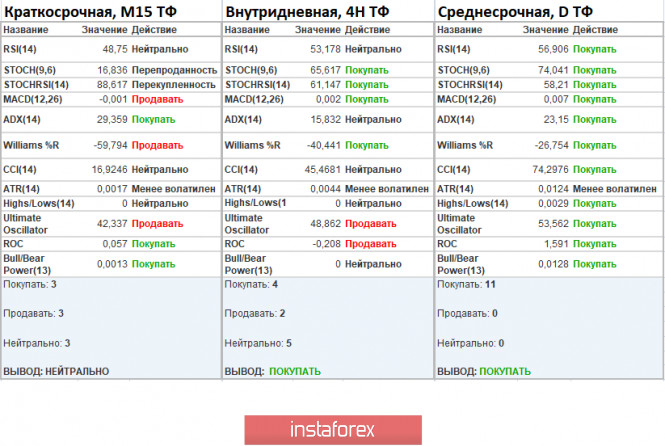 The volatility for the week / Measurement of volatility: Month; Quarter; Year

The measurement of volatility reflects the average daily fluctuation, calculated for the month / quarter / year.

At the moment, dynamic is 76 points, which is 39% below the average level. Daily activity is low, but the coefficient of speculative operations is high, thus there is a chance of acceleration. 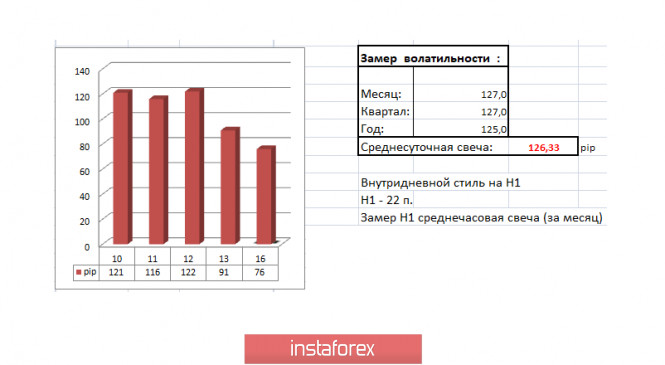